Janet McGovern casts a spotlight on the Peninsula’s commuter railroad 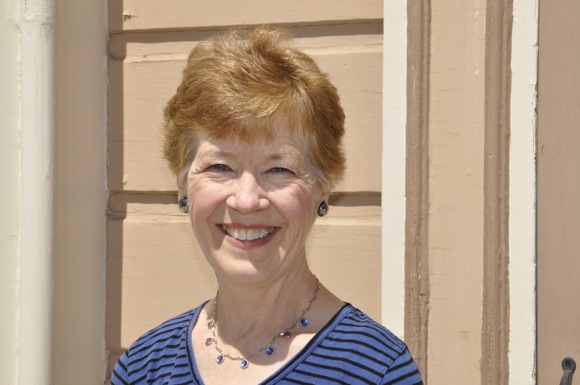 If you’ve lived in Menlo Park or Atherton for half century or more, you remember a time when Dads wore hats and boarded trains bound for San Francisco every morning, catching the 5:27 home. The trains were pulled by steam locomotives — and yes, we’re really dating ourselves.

Thanks to a new book by long-time Peninsula-based reporter Janet McGovern, we can all look back on not only that era but what preceded it and what has followed. The constant is the sound of a horn as the trains enter and depart the station. 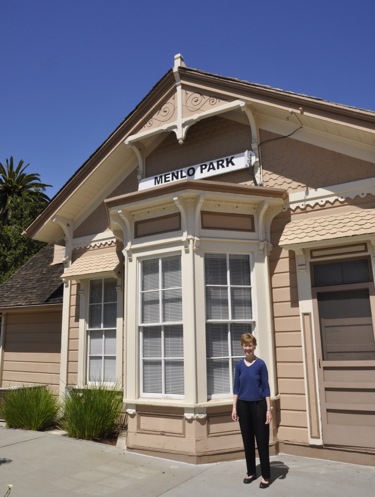 , the book is filled with photographs chronicling 100 years of passenger rail service. Started in the 1860s to create a faster alternative to stagecoaches and ships between the cities of San Francisco and San Jose, the rail line was operated by Southern Pacific for many years. It’s the oldest continuously operating passenger railroad in the West and boasts seven depots — including the one in Menlo Park — in the National Register of Historic Places. (Note: Caltrain no longer stops in Atherton.)

“One of the reasons I was interested in doing this book is that we are so lucky to have the system we have,” said Janet, who worked for Caltrain following her years at the Redwood City Tribune.  “It’s a birthright. I wanted people to get a deeper understanding of how important the train has been to the Peninsula and to more fully appreciate the tremendous investment by public agencies over the past 30 years.”

Given the number of rail enthusiasts in the area, Janet’s goal, she said, was also to write a book that rail fans would enjoy. “Thanks to the help of many people, I was able to gather together photographs that hadn’t been seen in years. They show not only people who were involved with the railroad but how the railroad connects to the surrounding communities.”

Janet will discuss her book and present a slide show on Saturday, August 11,  at 11:00 am in the Menlo Park City Council Chambers, 701 Laurel Street. The free event is sponsored by the Friends of the Menlo Park Library.  Copies of the book will be available for purchase and signing after the talk.

Caltrain is paying their PTC program manager $300/hr and she isn’t providing time cards in the invoice as required. She had been issued $6.8 million in contracts and doesn’t have to meet the audit requirements. This is a waste of taxpayer money and may also be illegal. Mike, Gigi, and Chuck have waived the time cards as she is billing about 120 hours per week to Caltrain on grant reimburse able projects.