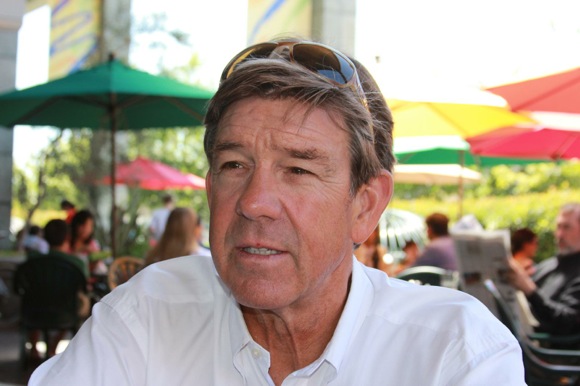 It was Atherton resident Les DeWitt’s father who always encouraged him to be a teacher or coach. “Looking back at my years following college, I was kind of miscast,” he says. “It took me a while to get back to what my father suggested.”

The “break” came in 1989 when Les started Peninsula Bridge, an enrichment program designed to help under-served middle school students enhance their academic skills and self-confidence, while realizing their potential for success in high school and college. The Bridge program has worked with over 5,000 youth since its inception.

“The idea for Peninsula Bridge had been brewing in my head for some time,” he says. “I served as its Executive Director for eight years. That got me into the non-profit world.”

Subsequently Les started the Compass Program for incoming 9th graders, designed to give them a leg up on the academic year. He also started the St. Francis of Assisi Youth Club in East Palo Alto and regularly provides early stage consultation for non-profits.

“Being around kids who are growing and becoming empowered is rewarding” he says. “To see them thrive is even more so.”

In addition to his youth development work, Les is quite passionate about nuclear disarmament. He started the Fund for Peace Initiatives ten years ago and works, in particular, to bring the issue to the attention of the business community.

“There are some wise men in our country who are leaders — William Perry, George Schultz and Sidney Drell, to name three,” he says. “I help to advocate on their behalf. I don’t consider myself a thought leader, but I’ve been able to associate with people who are thought leaders.

“It is one thing to have two Super Powers with nuclear weapon cability. But, it’s quite another to have a world where there are 18 to 25 countries with nuclear arsenals. We can’t control a world with widespread nuclear arms — that’s not what we want to leave to our kids.

“I don’t think we as citizens of the United State do as good a job as we could at educating ourselves about nuclear proliferation versus non-proliferation. These wise men are taking the long view, but a lot of people take the short view and don’t consider the consequences. I think it’s important for people to listen to these wise men.”