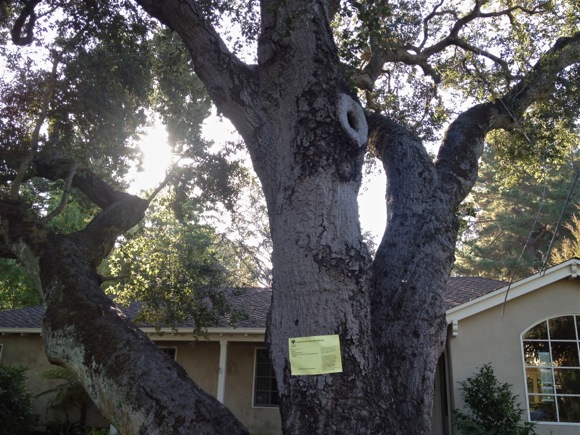 We feared the worse when earlier this summer a massive branch broke off from one of west Menlo Park’s most magnificent and largest heritage oak trees. While the falling branch managed to avoid damaging home, auto or people, it was a signal that something was wrong. This week we noticed that the big tree is slated for removal. Given that it’s located on a corner that gets lots of bike and pedestrian traffic as it’s near the San Mateo bike bridge, we’re guessing we won’t be the only ones who will miss its beauty.