Where were you in ’62? These folks were graduating from 8th grade at Encinal, Hillview and Oak Knoll

Twenty years ago, a group gathered a bit ad hoc at Sally Moffet Lussier’s home in the Santa Cruz Mountain to relive some memories shared while they were students at Hillview School during the late 50s/early 60s. That school, like Encinal and Hillview at the same time, were all K-8, serving the early Baby Boomer generation. 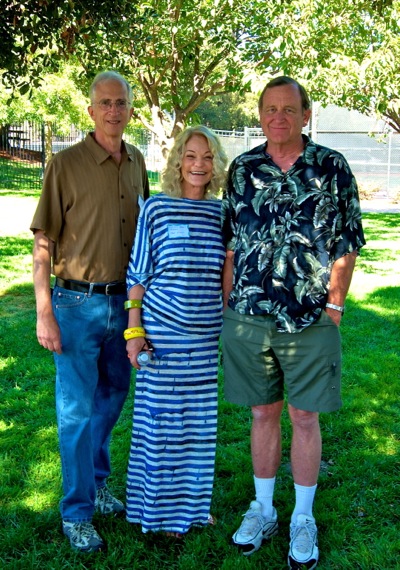 Earlier this year, Sally and a couple of classmates representing the other schools decided something more formal was needed to commemorate the 50th anniversary of the graduating class of 1962. The resulting event took place yesterday, a picnic at Burgess Park in Menlo Park.

Some attendees hadn’t seen each other since graduating. (Grads of Hillview and Oak Knoll who went to public high school attended both Menlo-Atherton and Woodside, so continuity was lost. Encinal grads all went to M-A.) Yes, name tags were mandatory, but faces became more recognizable when voice and mannerisms were factored in. Five hours of catching up was punctuated by food and drink — and a good time was had by all.

Top photo shows Encinal grads; above right photo, Oak Knoll; bottom photo, Hillview, which includes one ringer, a guy who did graduate from Hillview but in 1961 (lollipop to anyone who spots him). 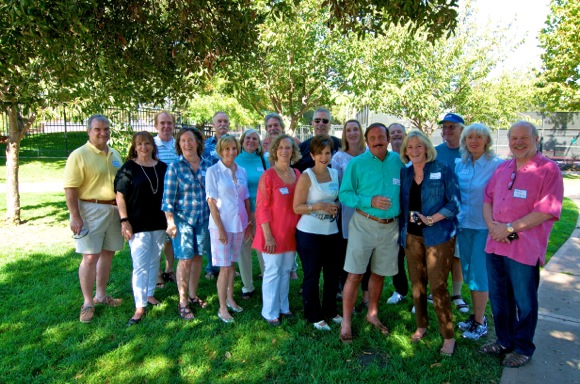 Nice picture, but who are they (individually). It’s hard to read their name tags!

I know I am biased….but I think they all look great…especially the 2 Terri’s in front! wow…you both still look like you are in your 40’s!
So nice to see old friends get together. Old friends are the BEST friends.