While her son attended Menlo Park schools, Karen How kept busy by volunteering at activities related to local education. But now that he’s in middle school, she’s crept back into the workplace in a world that’s brand new to her — filmmaking.

“I’ve always been interested in third world and developing economies, and a friend introduced me to Jasmina Bojic, a Stanford educator who founded the United Nations Association Film Festival (UNAFF),” recalls Karen. “I took a part time position with the organization in May. It’s been fascinating, with always something new to learn. It’s very interesting to see all the various social issues — poverty, economic development, women — through the lens of film.” 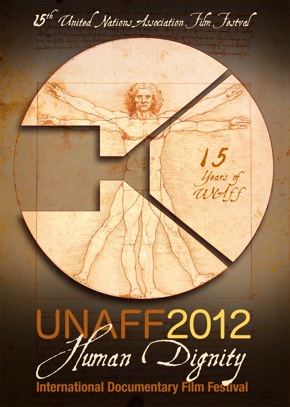 The documentary film festival was originally established to celebrate the fiftieth anniversary of the signing of the Universal Declaration of Human Rights. This year UNAFF is celebrating its 15th anniversary with the theme Human Dignity. The film festival runs October 18-28, with many films showing at venues in Palo Alto and on the Stanford campus, among other locations.

“Our film jury reviewed 670 documentaries submitted from around the world and selected 70 films from 70 countries,” says Karen. “Menlo Park resident Maria Fortiz-Morse’s film Little Mom is one of the 70 documentaries to be screened at the Festival.”

In addition to viewing the films, the Festival will feature seven free panel discussions where audience members can discuss the topics presented in the documentaries. A complete list of films and when and where they will be screened is available online.

Photo of Karen How by Irene Searles