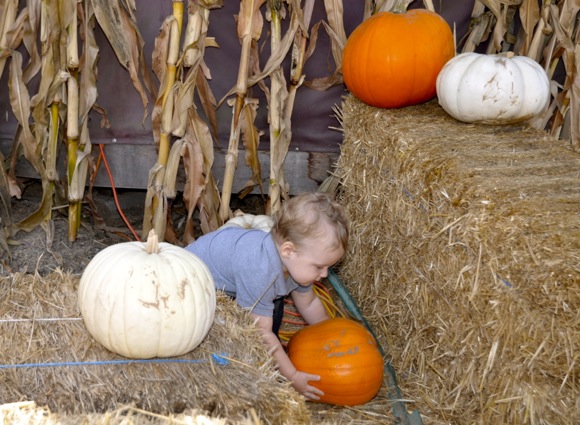 Pumpkins were every where in Menlo Park this past weekend as families prepared for Halloween. One toddler spotted at Webb Ranch’s pumpkin patch 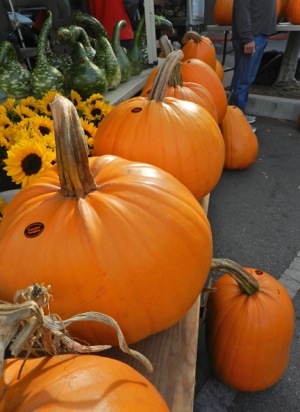 thought he’d fallen into a field of “balls” — at least until he found one he liked and tried to pick up it up. Alas, this “ball” was a whole lot heavier than he’d thought it would be.

At the Farmers’ Market held Sunday mornings in downtown Menlo, Cozzolino Farms from Half Moon Bay had brought a truck load of their biggest and brightest pumpkins to sell to shoppers. They were shown along side the Farm’s swan gourds, which may be shapelier but a lot challenging to carve.