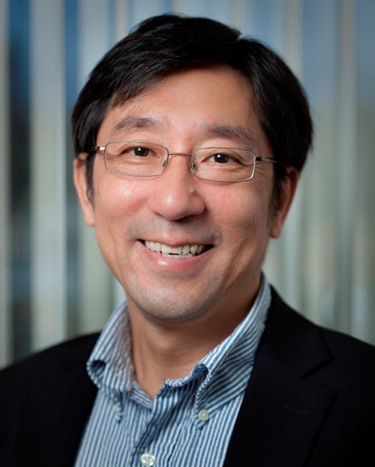 Kao will succeed Persis S. Drell, who announced her intention to step down from the position late last year. He will formally assume his position as director on Nov. 1, 2012.

“A committee conducted an international search to find SLAC’s next director for nearly 10 months and considered dozens of candidates before making recommendations,” Hennessy said. “In the end, it was clear to us that the best candidate for the job was clearly the one already at SLAC. Chi-Chang is both a respected scientist in X-ray science known globally for his accomplishments and a proven leader, someone who can energetically lead the laboratory’s excellent faculty and staff and chart a bold course for SLAC’s scientific direction in the coming years.”

“I’ve had the pleasure of working directly with Chi-Chang for two years since he assumed the role of associate lab director for the Stanford Synchrotron Radiation Lightsource (SSRL) here at SLAC,” Drell said. “I’ve seen firsthand not only the vision he has brought to SSRL, but the strong relationships he has built with our partners at Stanford and the Department of Energy, and the respect he has garnered from his staff and all who work with him at the laboratory. I admire him for his deeply principled leadership, and I couldn’t be more thrilled that he was the one chosen to succeed me in this role.”

Kao was chosen after a search conducted by a committee under Stanford Provost John Etchemendy’s direction.  SLAC is operated by Stanford for the U.S. Department of Energy (DOE), and Kao’s appointment was made with concurrence from Secretary of Energy Steven Chu.

Kao came to SLAC in 2010 from Brookhaven National Laboratory in New York, where he served as chairperson of the National Synchrotron Light Source (NSLS). In his five years as chairperson of NSLS, Kao undertook major upgrades to the light source’s scientific programs and experimental facilities, while also developing potential science programs for NSLS-II, a new light source currently under construction at Brookhaven. His research focuses on X-ray physics, superconductivity, magnetic materials and the properties of materials under high pressure.

Kao earned a bachelor’s degree in chemical engineering in 1980 from National Taiwan University and a doctorate in chemical engineering from Cornell University in 1988. He joined Brookhaven shortly after, working his way from NSLS postdoctoral research assistant to chair. Kao also served as an adjunct professor in the Department of Physics and Astronomy at Stony Brook University. He was elected a fellow of the American Physical Society in 2006 and was named a fellow of the American Association for the Advancement of Science in 2010 for his many contributions to resonant elastic and inelastic X-ray scattering techniques and their application to materials physics, as well as for his leadership at the NSLS.

“I’m honored to be asked to lead SLAC, a truly exceptional national laboratory,” Kao said. “It is a place not only known for incredible accomplishments over the last 50 years in the arena of high-energy physics, but it has established itself as one of the world’s premier laboratories for particle astrophysics and cutting-edge research in X-ray science. It’s a lab with a talented and dedicated staff and an extremely bright future, one that will help solve some of the greatest scientific challenges facing the world today. I am very much looking forward to working with everyone at SLAC, Stanford and the DOE to lead the lab into its next successful chapter.”