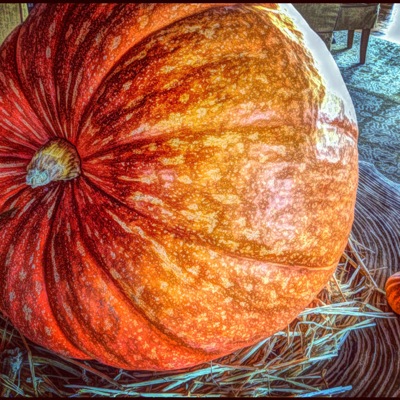 This pumpkin, spotted at Madera restaurant at the Rosewood Hotel in Menlo Park, appears  to have an other-worldly iridescence. We think it’s beaming continued good mojo to the San Francisco Giants who play game two of the World Series starting this afternoon just after 5:00 pm.