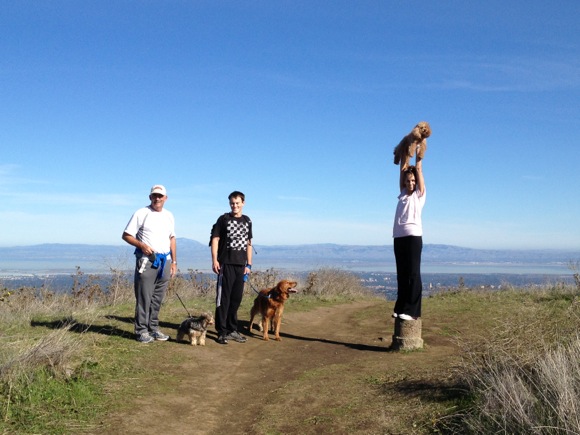 Given the traffic going up and down Windy Hill yesterday, we’re guessing that we’re not alone in believing the ascent to the 1,800-foot peak above Portola Valley is the best hiking trail within 10 minutes of downtown Menlo Park. In late November/early December, the trails are still not too muddy and colorful fall leaves blanket many paths. If you’ve never explored the twin bare hills seen from so many parts of town, here are some of the reasons why you should put it on your “to do list”: 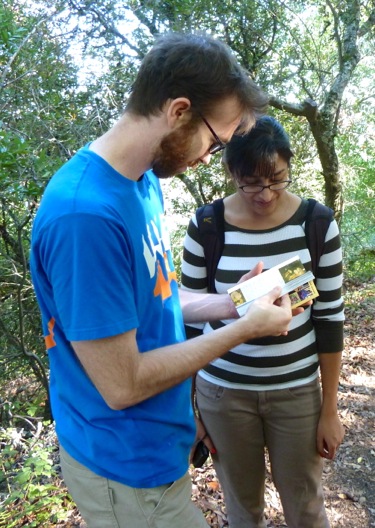 You get a real work out: The elevation gain is about 1,400 feet, which is covered in just under three miles, if going up the Spring Ridge Trail. Descend down Hamm’s Gulch, and you’ll walk a bit over seven miles.

The payoff is 360 degree view: At peak top, look west, and you see the Pacific. In the east, there is not only most of San Francisco Bay but also Mt. Diablo. On a clear day, you’ll be treated with a three-bridge view — Bay Bridge, San Mateo Bridge and Dumbarton Bridge.

The habitat is varied: There’s a little bit of everything — grassland (new green growth has sprouted), oak woodland and coniferous forest, including second growth Redwood as well as seasonal wildflowers. We didn’t see any wildlife today but have seen many coyotes on past outings, but never the mountain lion the signs warn about.

It’s family friendly: We did a two-generation, adult hike yesterday, but given that it was the day after Thanksgiving, we saw many three-generation families on outings. There are some shorter loops for families with young children, but kids 10 and over are likely to be able to make the loop trail we tackled.

You can make it a mushroom adventure: We met a couple who reported that they come every year at this time to spot and identify the many mushroom varieties, often hiding in plain sight near the trails. Yesterday, they’d found oyster and chanterelle.

I don’t think you’re allowed to pick flowers, collect mushrooms, or take any of other natural objects out of any OSP.