Holiday train returns to Menlo Park – and brings along some snow 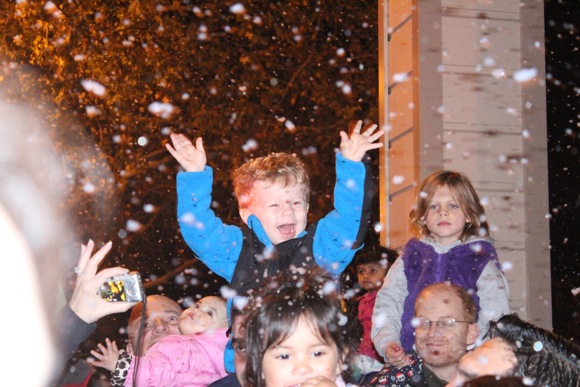 Locals who took their kids to see Santa aboard the Holiday Train, which made a return visit to Menlo Park last night after a two-year hiatus, were treated not only to a visit by St. Nick himself but snow falling — a delight in both cases after the series of three storms that brought three plus inches of rain to the area.

Attendees were encouraged to bring an unwrapped present to the Menlo Park train station for this year’s gift drive. Since 2001, when the Holiday Train first made its appearance, more than 45,000 toys have been distributed to needy children. 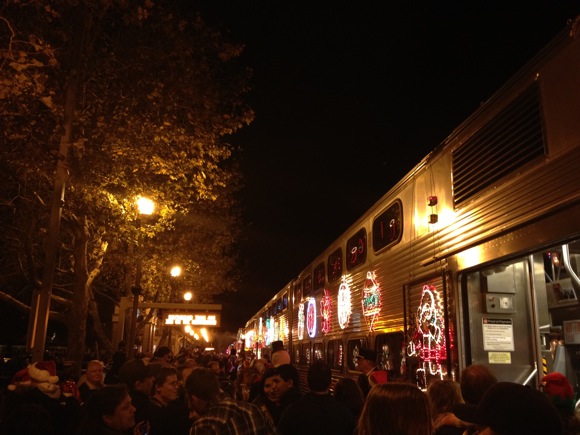 This year’s train was sponsored by the Silicon Valley Community Foundation.

Taking photos for InMenlo were two Menlo-Atherton High School students —Scott Fleishman (top) and Cassie Stansberry (bottom). The photo of the train was taken by their teacher, Betsy Snow. 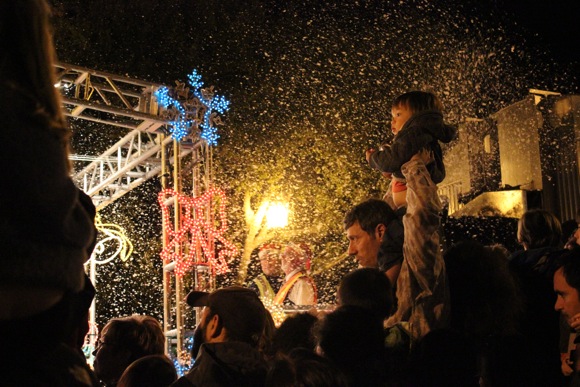