Experiential exhibit on local and global human trafficking at MPPC from Jan. 29-31 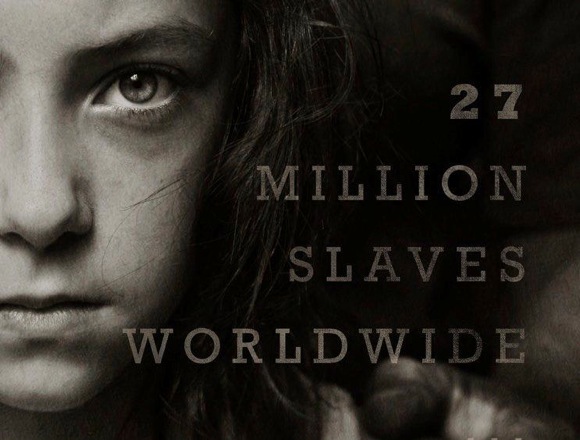 The public is invited to learn more about local and global human trafficking at the SOLD exhibit at Menlo Park Presbyterian Church (950 Santa Cruz Ave.) on Tuesday, January 29 from noon to 8:00 pm, Wednesday, January 30 from noon to 9:00 pm and  Thursday, January 31 from noon to 6:00 pm. The exhibit takes one hour to go through and is appropriate for ages 13 and up.  Free reservations are recommended and can be made online.

Staffed by volunteers from the church, SOLD is an experiential exhibit where participants learn about the real lives of human trafficking victims in nine different parts of the world including the U.S., Mexico, South Sudan, Yemen, Haiti, Jordan, India, and Cambodia. In a 2012 U.S. Department of State report, Secretary of State Hillary Clinton stated there are 27 million people around the world today who are victims of modern day slavery.

“Human trafficking is an issue that is largely unknown and misunderstood,” said Amber Bruce, co-creator of the SOLD Experience. “Shedding light on it is the first step in combating it.”

Attendees will travel through rooms, learning about the types of human trafficking such as child soldiering, forced labor, and sexual exploitation. They will be encouraged to use their smart phones to tweet, text, post photos, receive additional information, and live blog about their experience. At the end, they will learn how they can help eradicate modern day slavery.

“We want people to see, hear and experience stories of tragedy and triumph — and find hope,” says Bennie Ingraham, Mission Director at MPPC. “The goal of this exhibit is not only to educate, but to provide action steps of how to make a difference.”

Menlo Park Presbyterian Church focuses much of its community support on education and fighting extreme poverty and human trafficking. It has been on Santa Cruz Avenue for almost 140 years, and today has four campuses, including locations in San Mateo and Mountain View, with 4,500 members.

The SOLD experience was conceived by Amber Bruce, Jessica MacFarlan and Krista Hanson and was financed by a grant from Bethel Church in Richland, Washington.