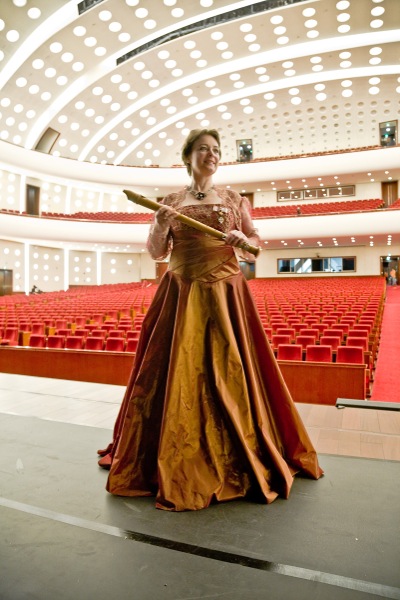 One of the world’s foremost recorder virtuosos and a 2013 Grammy nominee, Michala Petri joins forces with cellist Christopher Costanza of the St. Lawrence String Quartet, oboist Allan Vogel, and harpsichordist John Gibbons for a performance of rarely heard Baroque chamber works for recorder and ensemble as part of Music@Menlo’s Winter Series. The concert, to be held  on Sunday, February 10, 2013, at 4:00 pm, at the Center for Performing Arts at Menlo-Atherton, features music by Baroque masters, from Corelli and Vivaldi to Bach and Tartini. A video preview is available online.

On Wednesday, February 6, four days prior to the concert, Music@Menlo Artistic Administrator Patrick Castillo will offer an in-depth exploration of the music presented in Baroque Journeys. Free and open to the public, this conversational evening, which will be held at Martin Family Hall on the Menlo School campus in Atherton, offers context to the works and composers on the program and discussion about Baroque-period performance. (Martin Family Hall, Menlo School)
Admission is free; reservations for the talk are recommended but not required.
Reserve online at http://www.musicatmenlo.org/winter-series.