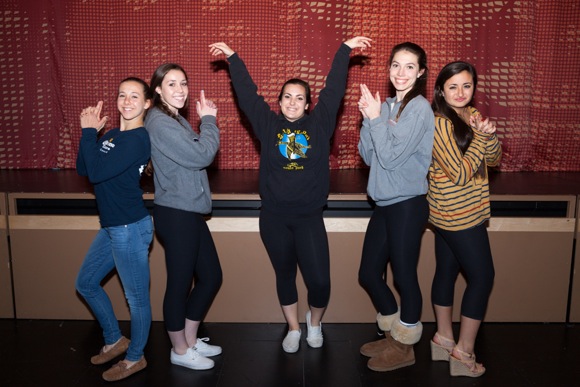 About 230 seniors are participating this year in one of Menlo-Atherton High School’s most popular event, the annual fashion show scheduled for Saturday, Feb. 23. There will be three performances — a kickoff show that includes lunch at 1:00 pm, an afternoon performance at 4:00 pm, and an evening show at 7:30 pm. Tickets for the show, which benefits M-A PTA, are available online . The community is encouraged to come and join in on the fun. 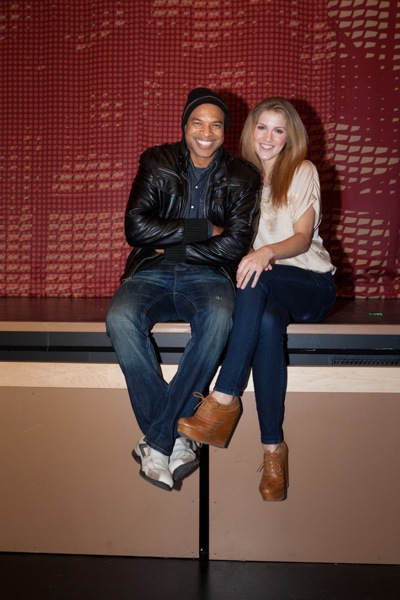 The model coaching is overseen by Charleston Pierce (pictured right with assistant Hannah Rose), as it was last year. “The show is about the kids first and fashion second,” he said. “Hannah Rose and my goals are to honor and respect all models that we work with, both professionals and non-professional. We challenge them to do their best and to practice their star walk and poses daily.”

While girls do outnumber the guys, the guys who are participating are “all in.” PJ Titterton, who plays lacrosse and is a drummer in a band admits that he likes being the center of attention. “Plus, Charleston is awesome,” he says. “I was dancing and he came over gave me a fist bump.”

James Tedesco decided to take part because “it’s an M-A tradition.” The football player says that the experience takes him out of his comfort zone. “I’ve never done anything like this before,” he says, “although it’s pretty much what I expected.”

For Becca Milman, being in the show is like “going on a roller coaster ride.” “It’s that kind of fear factory,” she says. “I am a bit surprised that it’s less embarrassing than I thought it would be because we’re all in it together.”

Adding her thoughts, Yvonne Fui described herself as some who “lacks confidence” even though she’s in the school orchestra and plays on the badminton team. “I thought if I could do this as one final thing at high school, it would be cool,” she says. “It’s a lot of fun and the rehearsals go by really quickly.

Julie Brody is not only one of the parent co-chairs — along with Susan Benedick, Renata Mullen and Jill Smith — she’s also handling the music duties, choosing the song selections along with Jill. “With the theme of “iM-Agine”, we thought about the bright futures these kids have and built on that,” she says. “Both of us still go to see current bands, so we felt equipped to pick music the kids would like.”

For his part, Charleston is not only bringing his positive life philosophy to the fashion show, he’s written it down in the form of a new book, available on his website. “All of us are stars, no matter creed, color or shape,” he said. “Everyone can have a star walk. If the students embrace it, if they focus and work on it daily, they will shine bright.

Tickets to the show are sold on a first-come, first-served basis, and people who want to sit together are urged to to order reserved seating. 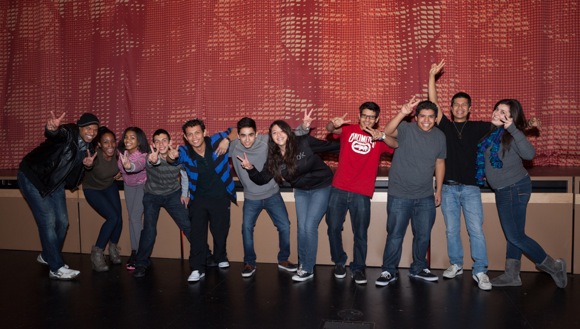 Photos by Scott R. Kline (who is also the official photographer for this year’s show)