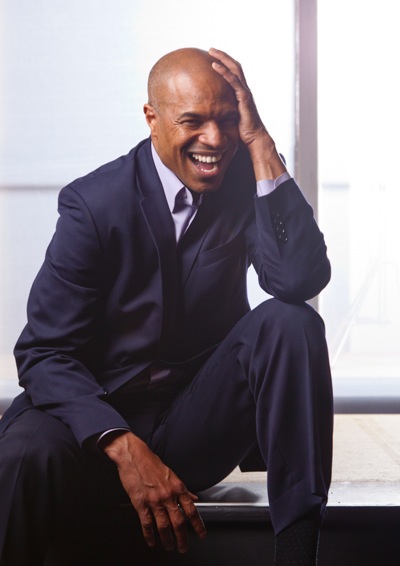 Charleston Pierce, this year’s producer of the M-A PTA’s fashion show, which debuts on Saturday, calls it “theatrical fashion.”

“My philosophy is that models are actors,” he said, sitting on the stage before rehearsal at the M-A Performing Arts Center. “It’s their show, and I want them to be able to show off their personalities.”

Charleston is a producer who’s been there, done that. He began modeling in the late ’80s and has appeared in both print and commercials as well as doing runway modeling. Some 25 years into his career, he still expresses surprise that he’s here at all.

“I grew up in the Bayview/Hunter’s Point area of San Francisco and didn’t think I’d see 18,” he said. “I’m one of six brothers and eight sisters. Having all of those sisters did teach me that every women is different!”

He’s enjoyed all aspects of his modeling career but is partial to commercials. “You’re set free and get to portray different characters,” he said. “And, you can speak! The one thing that connects all forms of modeling is that to be successful you must connect with your audience.”

Charleston has long been involved with Macy’s Passport show and started producing shows himself five years ago. He likes working with kids because “they’re open to everything and have a lot of energy.”

The M-A show features students from the 2012 graduating class, many of whom think of participation as a right of passage. “While everyone has a role, I want them to have a team mentality,” he says. “When I start working with the kids, I play nice. But, my responsibility is to get them prepared and make them accountable. I work to instill a game day attitude — they have to do a lot more than just show up.” 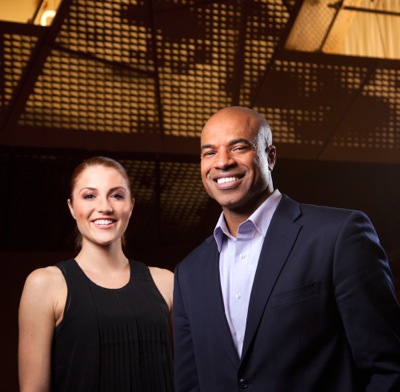 Working with Charleston on this year’s show is Hannah Rose Johnson, also a model. “Watching these kids reminds me of where I started,” she said. “It’s awesome to see the kids develop. As we’ve rehearsed, I’ve seen some amazing transformations. As the kids gain confidence, they acquire a presence.”

Adds Charleston: “For me, it’s not just about the 250 or so kids who are taking part in this year’s show. I want each of them to learn something from this experience, to gain some insight about themselves.”

“The cool part is that because we are both models we understand that each kid has his or her own desires and expectations. We realize the challenge and bring a bit of compassion.”

A fundraiser for the M-A PTA, this year’s show is called M-agic, Be Captivated. Tickets are available online for three shows — schedule for 1:00 pm, 4:00 pm, and 7:30 pm on Saturday, Feb. 25 — and the wider community is encouraged to attend and enjoy the show. All money raised will go to funding essential classroom materials and programs.

“M-A is the community’s high school, the fashion show is a community event, which benefits public education,” said Michele Culhane, one of this year’s co-chairs, along with Alice Hom and Jill Smith. “Quality public education is something we all benefit from. We thank you for your support!”

Thank you Linda & Scott!
It was a pleasure to meet you & Scott.
I really enjoyed your interview. I’m very grateful.
Also, I love the photo that you & Scott chose.
Have a great day!
Charleston
: )

I was one of the dads participating on-stage in the M-Agic show this weekend and have to say what a fantastic producer Charleston was. I’ve also watched 5 other of these fashion shows over the past few years and believe this was the best one I’ve seen. He was so good with the kids by being charismatic, firm, smart and creative.
It was wise of the co-chairs to hire him. He was outstanding in every aspect. Simply superb. Hannah was very helpful as well.