Café Scientifique looks at the implications of governing homeland security on Feb. 12 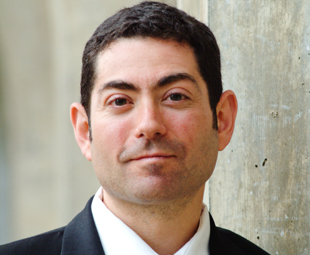 Mariono-Florentino Cuellar, JD, PhD will speak on the topic “Governing Security: Implications for U.S. Science Policy, Risk Regulation, and Homeland Security” at the next Café Scientifique on Tuesday, Feb. 12 from 6:00 to 7:30 at SRI (Middlefield Road at Ringwood Ave.) in Menlo Park.

Cuéllar takes up complex and timely questions at the intersection of law and society. Who has the power to design federal agencies, and who sets priorities when deciding on the most urgent security problems facing our country? What are the implications for U.S. science policy? He explores how these questions are connected by investigating the hidden origins of two of the most powerful agencies in the federal government.

Even after Franklin Roosevelt failed in his drive to reorganize federal courts during his second term and faced the prospect of a costly war, he kept on pressing for authority to reorganize the executive branch and created a vast agency called the Federal Security Agency, which evolved into the Department of Health and Human Services. Six decades later, the Bush Administration pursued one of the largest reorganizations in modern history after initially opposing the creation of a Department of Homeland Security in the wake of the September 11 attacks.

Cuéllar investigates the story of these two agencies in order to illuminate the complex relationship between public law, executive organization, and the contested meaning of national security. Cuéllar will discuss how the impact of public law ultimately depends on how politicians go about security control of the vast agencies that implement statutes and regulations, and on how those agencies are in turn used to define the contested concept of security.

Mariano-Florentino Cuéllar works at the intersection of law, public policy, and political science. A member of the Stanford Law School faculty since 2001, he is currently the Stanley Morrison Professor of Law at Stanford Law School, Professor (by courtesy) of Political Science, and the Co-Director of Stanford’s Center for International Security and Cooperation. His research and teaching focus on administrative law, executive power, and how organizations implement regulatory responsibilities involving public health and safety, migration, and international security in a changing world.