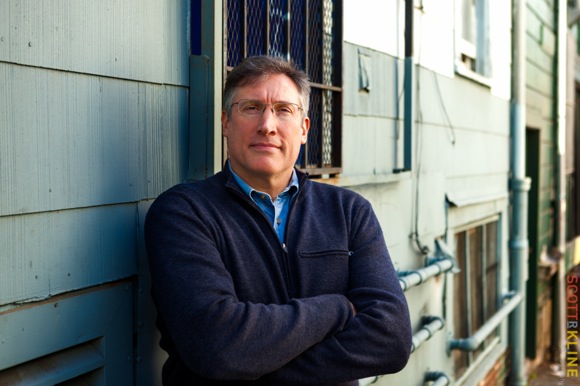 An engineer/entrepreneur who’s made a career in high tech and holds a couple of patents isn’t the first person you’d presume had a novel brewing inside. But according to Menlo Park resident Steven Farnworth, whose book, Frank,

is the story of a 17-year-old growing up amidst the racial tensions and violence in New York City’s Hell’s Kitchen in 1975.

“I grew up in that neighborhood, and the story has been germinating for some time,” explains Steve, who adds that he comes from creative parents; his father was an opera singer and his mother an opera coach. “The lead character’s father is in show business, but the book is not about my family, even though I do use a family name, Caruso.”

Being a father himself — he has 14-year-old twins and a 17-year-old — further informed his writing. “I felt I’d come to a point where I had enough life experience of my own to write the novel,” he says. “I wrote by hand at first, and when I knew the story/timeline, I switched over to my Mac. On the computer, there were nights where I produced over a hundred pages of content.”

At Steve tells it, writing fiction is also another way for him not to be totally sucked into the tech world: “Over years I’ve written a number of draft novels. In Frank

, the characters would have conversations with each other as I’d write. They speak to each other in the way I remember people speaking from the time I grew up in New York. I wanted to capture what it was like for families to immigrate, to go off to war, and to come back and start their own family.”

is the first in a series, the author explains: “I have enough material for three or four more books, not to mention other series. There are so many books, so many characters!”