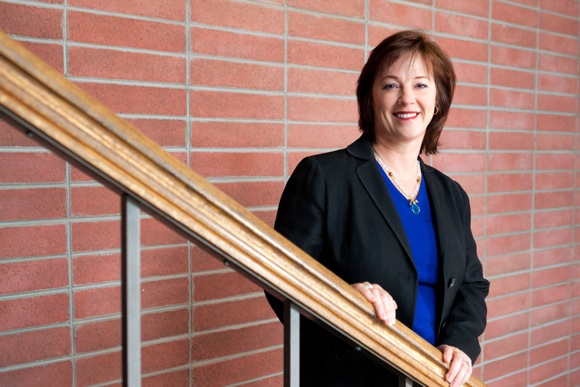 InnVision Shelter Network  Executive Director Karae Lisle says that she worked early-on in her career as a coder who wasn’t very good at coding, so she moved into the sales side for high tech. “I joined Oracle in a marketing role,” she says. “My clients were Oracle sales people. I had a very good experience there.”

That experience led her eventually into the nonprofit sector, as CMO of the Computer History Museum, a role which provided a good intersection between technology and marketing. “That’s where I learned the language of nonprofits,” she says. “But, I first learned about service through the Girl Scouts, both as a member and later, as a young woman, a leader.”

Karae also learned something about homelessness growing up. “My brother is homeless and has been since he was 16,” she says. “And, my family was on food stamps when I was in high school.”

Named ED of Shelter Network  in January, 2011, the Menlo Park resident’s most recent challenge as been the merger last year with the area’s other homeless aid nonprofit, InnVison.  “By combining the two organizations of roughly the same size, we think there are synergies that will create a more effective and efficient organization,” she says. “Our model is Beyond the Bed. The outcome of that model is permanent self-sufficiency.

“Shelter Network provides housing for 120 days; InnVision for up to two years. But in either case, what if the residents aren’t ready to graduate? We want to to develop life skills like budgeting and savings, which provide future financial security. The concept of having savings, of having the ability to work out of a traumatic situation, of learning how to manage – that’s what separates those who succeed from those that don’t.

“My focus is providing more services to more homeless people”

Karae admits that her role as ED, particularly in light of the merger, means that work takes up 60-70 hours of every week. “I want to get back to a better balance,” she says. “I’m learning to cook and think I’ve moved up to the intermediate scale!”