Heading to Hawaii for spring break? Here are some tips for the adventurous 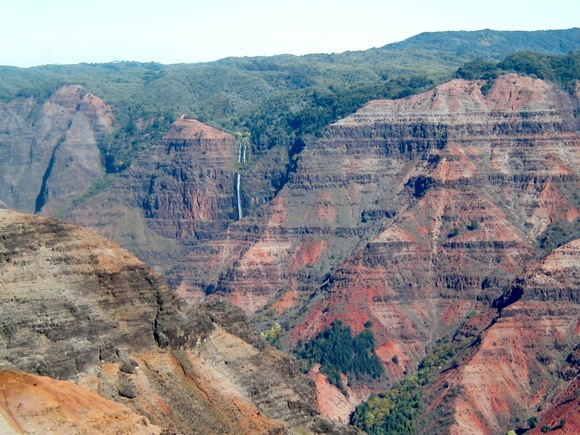 Here are some tips for the lucky ones headed west for a Hawaiian vacation over spring break (or anytime!).

Do download the Hawaii Revealed app (or Maui, Oahu, Kauai etc.) app from iTunes. No, I don’t have an investment in Hawaii Revealed nor have I ever met author Andrew Doughty. But he’s written the best guides to all the islands, and his app is super handy and much easier to carry around than a guidebook. It includes restaurant suggestions, hikes, directions and lots of insider tips.

Do hike to the Polulu Lookout on the north shore of the Big Island. Follow Hwy 19 north and then left on Hwy 270 toward Kawaihae, continuing north on 270 along the coastline until the highway turns east toward Hawi and the vegetation begins to turn greener. After Hawi and Kapa’ai, stay on 270 “to the end of the road” at the Pololu Lookout to view the velvety green mountains coming down to the see.  Hike down to the black sand Pololu Beach. Take the trail that starts at the end of the Lookout viewing area (it’s a little steep). On your way back, stop at the Bamboo Restaurant in Hawi for a great catch of the day sandwich. 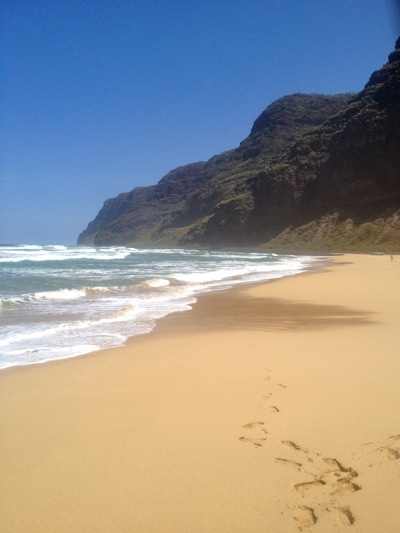 Do take a helicopter ride over Waimea Canyon (top photo) on Kauai to fully appreciate its grandeur. If you want to get a more up close and personal view of the Garden Isle, take a walk on the wild side at Polihale State Park (right), the most westernly publicly accessible point of all the islands. It’s reachable by a bumpy dirt road and recommended for 4-wheel drive vehicles only, but the payoff is a beach you’ll have almost totally to yourself.

Don’t join the crowds on the snorkel trips to Molokini. Instead, head south on Maui to the Maluaka Beach fronting the Makena Beach Resort (south of Wailea). At the south part of the beach there is good snorkeling offshore, with lots of turtles.

Do hike out to see the Nakalele Blowhole in West Maui. There are great directions (guided by gps) on the Maui Revealed app mentioned above. Note: the surf and the sea will determine how dramatic the show will be. You may get a 70 foot display of ocean spray or just a splash or two. But you’ll have an invigorating walk, and can see the bizarre landscape created by a millennium of sea spray blowing on the rocks.

Summing it all up, don’t feel guilty if you go to bed each night at 9:00 pm, and no one will blame you if you never venture beyond the beach and the pool to hike or go sightseeing. There’s just something about the air in Hawaii that makes a list of activities sound overly ambitious. And you’re on vacation, right?

We have visited the islands 20 times over the past 25 years and loved every single minute. You are absolutely right about the Revealed App ( the guide books are great, too). I believe so have read every single guide book on the Islands ever written and Revesled is THE best!! During whale season (Dec – May), we have found building 6 at the Sheraton Black Rock the best place to whale watch bits the original building, set away from all the hustle and bustle with killer views of the outlying islands and the whales early in the morning and late afternoon. To offset our jet-lag when landing on Maui from the mainland, we spend 2-4 nights at The Inn @ Mama’s Fish House. It’s about 20 minutes from the airport with a great beach, clean & comfortable accommodations and some if THE best food on the island.

Rhonnie,
great comments, and I agree with your rec for Mama’s Fish House. Excellent food….