DD McFarlane comes out of the shadows to promote documentary film, The Anonymous People 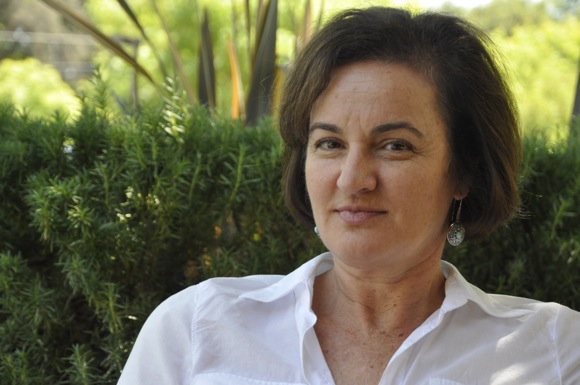 Addiction had touched her family and that makes the topic close to DD McFarlane’s heart. But it was not something she was comfortable talking about with people outside the recovery support community.

But then she saw the yet-to-be-released, feature-length documentary film, The Anonymous People, about the 23.5 million Americans living in long-term recovery from alcohol and other drug addiction. It shows how a new public recovery movement is aiming to transform public opinion. The subject matter kept tugging at her.

“The film asks the question ‘why isn’t addiction treated like any other disease in this country?'” she said. “It features powerful stories about people in recovery.”

In DD’s mind, it needed a broader audience than a screening in her living room could provide. Learning about the Menlo-Atherton High School Parent Education Series, she turned to her alma mater to provide a venue.

“I thought it was important that the film get a West Coast screening with the largest audience possible,” she said. “I wanted to get the subject matter in front of the community to get the word out, so that people could learn about this disease without the myths and stigma.

“My hope is that it serves as a catalyst to start more conversations because that’s what needs to happen. As I’ve become more open about how addiction has touched my family, I’ve had so many people come to me asking for help.”

The exclusive West Coast film preview of The Anonymous People, with filmmaker Greg Williams — himself 10 years in recovery — in attendance, will screen on Tuesday, May 28, at 7:00 pm at the M-A Center for Performing Arts. A Q & A with the filmmaker will follow at at 8:30 pm. Admission is free, but organizers ask that people interested in attending download tickets in advance at the Event Brite website.

One of the event sponsors, the Esther Ting Foundation, is funding a brochure called The Learning Curve, which will be available at the event. “Over the years, I’ve put together all the resources that have helped me — books, websites, treatment centers. I’m hoping that having it all in one place will help people who are just starting to navigate the addiction and recovery journey.”

An eight-minute trailer for the documentary is below.