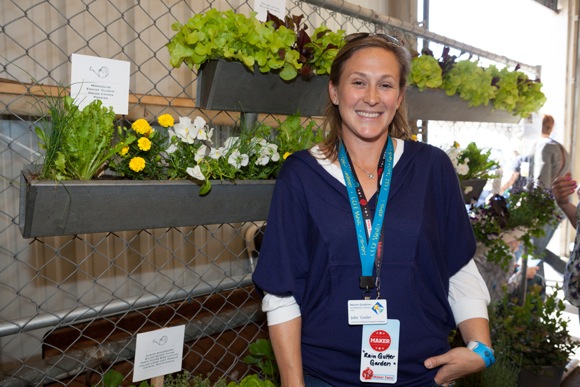 The 2013 Maker Faire Bay Area came to the San Mateo County Event Center this past weekend. The Faire draws tinkerers, inventors, artists, engineers, Burners — and those who love to see their work. A knot of traffic surrounded the fairgrounds stretching out to the freeway as an estimated 100,000 attended the two-day event. Those who took Caltrain eliminated the need to find a parking space.

There were a half dozen or so makers from Menlo Park at the Faire.  Featured here are two that are trying to make the world a little better place by sharing their knowledge with the greater community. (We’ll profile some additonal Makers in the coming weeks.)

Julie Gosler is a master gardener who, along with other gardeners, banded together to share their gardening skills. Much of their knowledge comes from research gleaned from work at UC Berkeley.

Julie created a vertical garden that can hang on a wall or fence. She fashions the garden from common gutter materials. The garden shown in the photo is loaded with edible plants that can be harvested throughout the year. 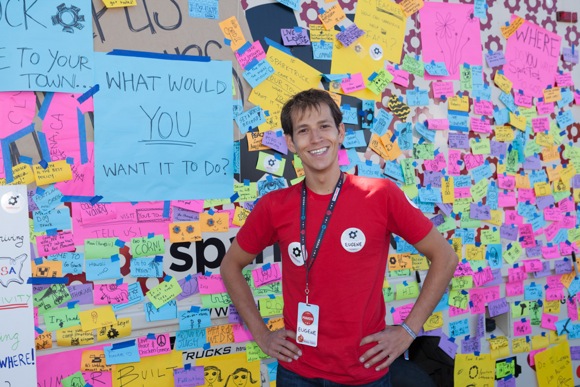 Eugene Korsunsky explained his Spark Truck as he stood in front of enthusiastic post-its from admirers of his mobile platform for learning that tours the country teaching “maker” skills. His truck is full of tools and materials to teach young students.

One of the popular projects on the truck is a vibrobot made from a pager motor and popsicle sticks. The student then decorates the vibrobot to make a bug, animal or other character that then moves along the table driven by the vibration.  Spark Truck was originally funded on Kickstarter. This summer Lego is sponsoring a big national tour. 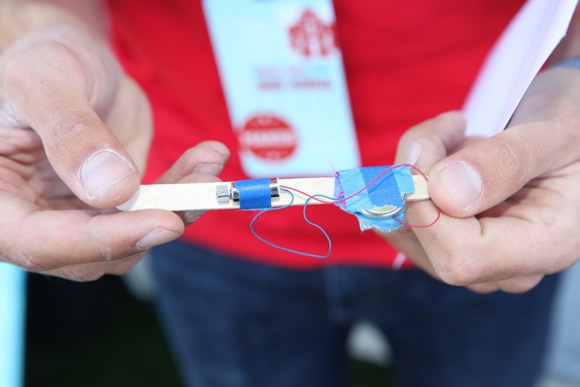