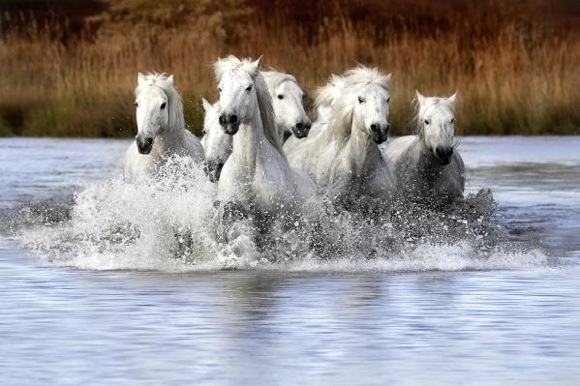 Fine art photographer Merrie Asimow, a Menlo Park resident for the past eight years, was recently invited to join Gallery 9 in Los Altos, where a selection of her photos will be on display, along with other artists, through August. The exhibit is titled Summer;  a reception for the artists, which is open to the public, will be held Friday, August 2, at the Gallery (143 Main St.) from 5:00 to 7:30 pm. We visited with Merrie at her home, which is graced by many of her photos, including some that appear in her new coffee table book, The White Horses of the Camargue.

InMenlo: What prompted your interest in photography?

Merrie: I’ve done a lot of different things, but just before I started taking photos, I had an IT consulting business. I had always liked taking photos, but it was never primary in my life. Around 2000, I was looking for an outlet — something artistic and creative — that I could plunge into in an immersive way.

InMenlo: The Gallery 9 exhibit includes photos of horses, which is also the focus of your book. What drew you to horses? 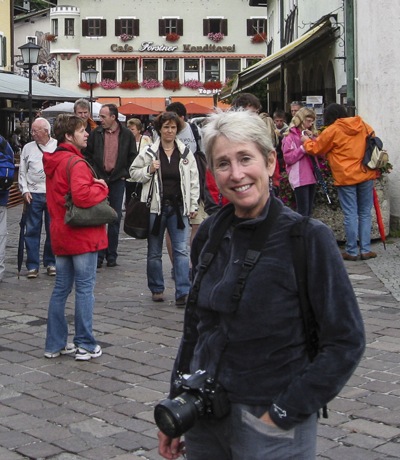 Merrie: I went on a photo workshop to the Carmargue area in southern France. I picked that workshop because I’ve always loved horses. I was a rider as a young person. The express purpose of the trip was to photograph the white horses that are indigenous to the area.

For me, the photograph is just the beginning, and that was true with the horse photos. I want to create something more from the image. It’s not difficult these days to capture a good photograph if you have a good camera, shooting on the automatic setting. But for me, that isn’t enough. I want to create a piece of art.

InMenlo: What were the challenges of photographing the Camargue horses?

Merrie: I came home with 14,000 images. When you’re photographing horses on the move, you are bullet shooting. In 10 seconds, you can get 50 or more photos. We were doing it for hours and hours at time. I bought special boots so that I could stand in the marshes that the horses run through.

InMenlo: What’s your current or next project?

Merrie: I’m really moving to surrealism. I love the idea of creating from nothing. I start with a blank slate and add pieces of images to create a new image. In the photo in my living room, there are pieces of the Stanford golf course and Baylands and objects from France, Tibet and China. (photo below).

So far, I have only a small body of work. When it’s my turn to have the whole gallery, I’ll display some of these new works. 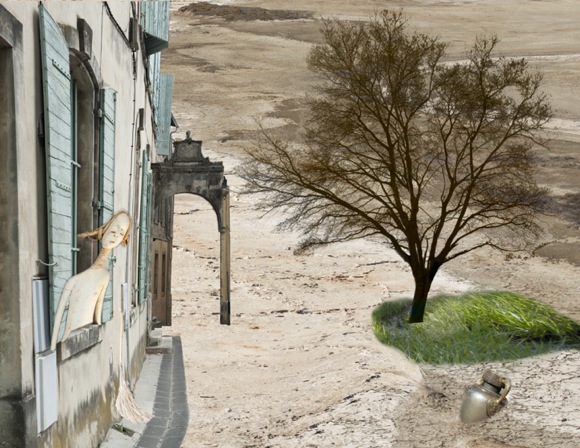 Photo of Merrie Asimow taken in Germany, courtesy of the artist, as are the two photographs