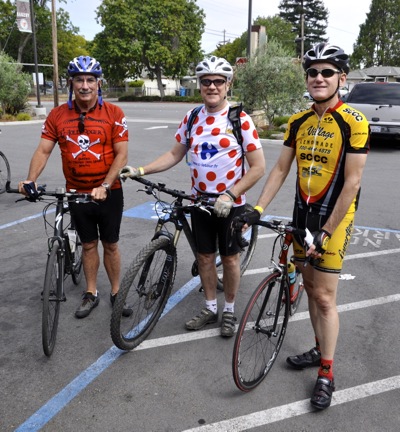 Freewheel Brewing Company, which is owned by a group of Menlo-Atherton High School dads (and one guy from England!), held its first bike, brew and BBQ event today with proceeds going to local non-profit, Pets In Need. Cyclists chose from a 10K or 25K mile route, although post-ride reports  indicated that some amended the longer route to avoid some hilly stretches. Pictured left to right are Dennis Nugent, Charlie Branch, and Wayne Smith, all of whom have been cycling since the 1980s.

Freewheel employee Caitlyn Greffly explained the impetus for the event: “We basically looked to our logo (a dog on a bike) for inspiration. I think it’s come to symbolize our collective interest in bike riding and outdoor activities in general. We have drawn a good bike crowd, and it just seemed like a perfect fit! Who doesn’t want a refreshing brew after a good ride? 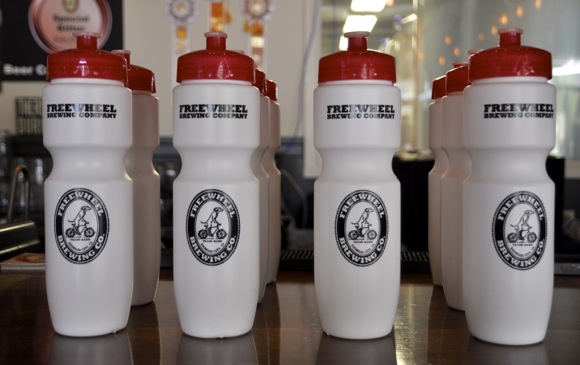 “As for getting Pets In Need involved, we have tried to keep everything at the Brewery as local as possible, so a charity just down the road – another connection to our logo with the dog – seemed like another great fit. We all care a great deal for animals, and really appreciate everything they do over at PIN.”