English-style, cask-conditioned ales come to the Peninsula with opening of Freewheel Brewing Company 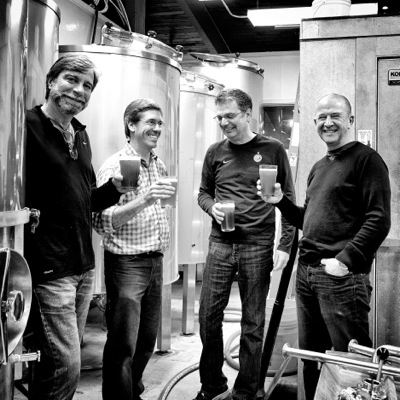 Take three Menlo Park residents — all dads who first met while their kids were in preschool — add a chap from Liverpool who now makes Gloucestershire his home, mix them and their creative ideas together, and the result is Freewheel Brewing Company, which officially opens in Marsh Manor next week. But you can sample the brewery’s English-inspired ales and tasty pub grub today and tomorrow from 11:00 am to 10:00 pm.

Englishman Pete Krausa and Menlo resident Malcolm McGinnis met when they worked together at a biotech startup. Malcolm, Gary Waymire, and Larry Bucka got to know each other better while watching their sons play lacrosse.

“What we’re offering is cask-conditioned ale, a traditional style of brewing and serving,” said Gary, who owns a marketing consulting firm. “There’s not much of a tradition here for that style, so we figured we best open our own place.” 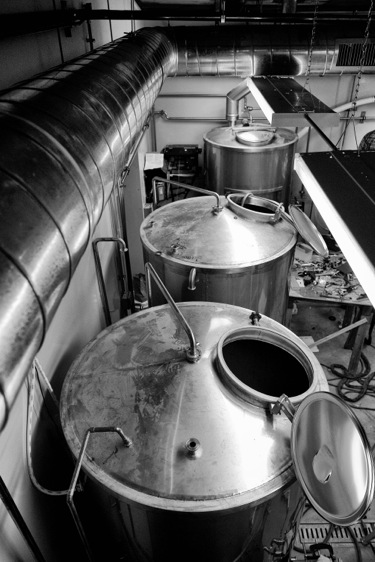 Pete says it’s helpful that he’s located in England. “I’ve been drinking beer a long time,” he said with a smile. “And it’s handy to be able to make contact easily with our English collaborators.”

For the time being, Larry is keeping his “day job” with a manufacturers’ rep firm. “While my focus has been on sales, it’s shifted to operations here at the brewery,”  he said.

Malcolm describes himself as “a 20-year home brewer who’s coming out of retirement.”

“I have a PhD in biochemistry, which has helped me gain an understanding of the technology of brewing,” he said. “To further prepare myself, I’ve interned for the past year at a brewery in San Francisco.”

All the partners are eager to spread awareness about cask-conditioned ale and what makes it special. “Beer on tap is served under Co2 pressure, so it’s artificially carbonated, making it colder and fizzier,” said Malcolm. “Cask- conditioned ale is served cellar temperature, so that you can actually taste the flavor.”

The ale at Freewheel takes two weeks to make. Brewing takes one day, fermenting five or six days. Conditioning in the cask takes another week. Then it’s ready to serve. “It’s good in the cask for two or three months,” said Pete. “But once you open the cask, you need to serve it within four or five days.”

The other common goal of the four partners is to be part of the community. “Our hope is to be actively involved in the community, whether it’s hosting groups, being a venue for fundraisers, or just for locals who want to hang out together,” said Gary.

I can’t wait to go to Freewheel…I know it will be out of this world!

I’m looking forward to trying!
I like the name Freewheel, though “The Coin-Op Laundry and Brewing Company” would have been catchy, too, and saved money on the sign!