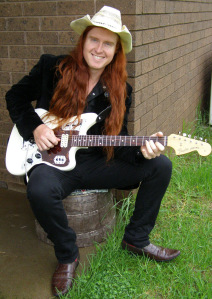 Blue Rock is hosting both 8 Ball Aitken and Alice Wallace in Menlo Park on Saturday, August. 24. “They are new performers to this venue, but no strangers to stages all over the United States, Australia, and beyond,” says Gwen Fuller, the force behind the house concerts. “We’re in for a treat — great musicianship, compelling story-telling, foot-stomping energy, and some plain old down-to-earth humanity.”

Gwen continues: “8 Ball Aitken is like a redneck preacher at the shotgun wedding between country and blues. It doesn’t matter which part of the family you’re from — what does matter is the funky hullaballoo at the all-night party afterwards. Hailing from Far North Queensland, Australia, (now Nashville based), he grew up as a teenager in a run-down tobacco shed, making a living picking tropical fruits by day, and picking guitars by night. 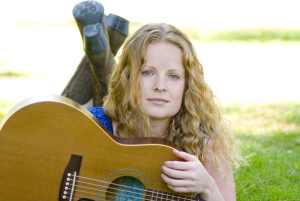 “Alice Wallace gives a nod, at times, to blues and rock, but her music is undeniably folk at heart. With a style that falls somewhere between the alt.country crooning of Emmylou Harris and the bluesy timbre of Bonnie Raitt, Alice draws from the simple and honest folk melodies she learned from her father when crafting her songs about life, love and the pursuit of that ever-elusive happiness.”

Tickets must be reserved in advance.