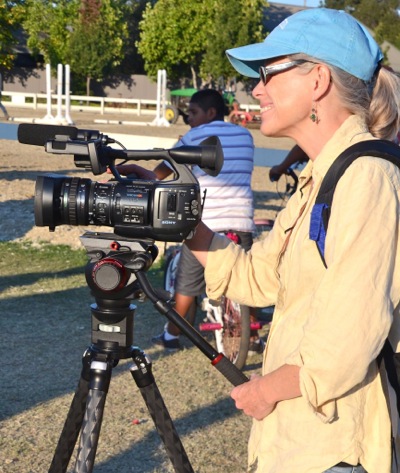 There was a point well into our conversation with Katy Boyd when we asked “What don’t you do?” That she answered, “draw — I’m a terrible artist,” you will learn is beside the point.

We’d made an appointment to talk with Katy about her experience filming this year’s Menlo Charity Horse Show. (A short clip can be viewed at the end of this post). We ended up covering a lot more ground.

We learned that Katy grew up on Perry Lane in Menlo Park and graduated from Menlo-Atherton High School. She  remembers her neighbor Paul De Carli — “I’ve known him my whole life!” — and hearing tales about the Ken Kesey years.

An aspiring career as singer/songwriter and an invitation by Virgin Records took Katy to England where she remained for a many years, before moving back to Menlo in to another distinctive enclave. “I moved to this funky neighborhood off Bishop Lane,” she recalled. “Years ago, some hippies bought 10 cottages. Living there was very similar to Perry Lane.” [Katy recently settled in Marin County].

Today she continues singing and songwriting, describing her style as “rootsy Americana”. Both Paper Hearts and Once in a Bluegrass Moon were recorded in the past couple of years. But she’s equally passionate about filmmaking — and horses. She learned to ride at the Stanford barn and showed at the very first Menlo Charity Horse in 1970, riding a horse, she said, “who didn’t like me very much.” 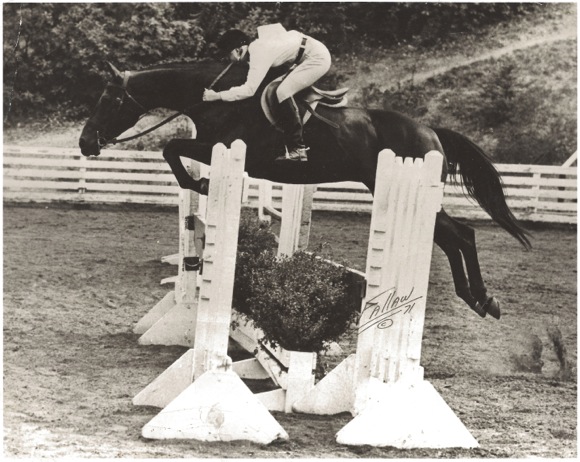 “Whether it’s songwriting or filming, it’s really about telling stories,” she said. “That’s what I love doing.”

She got involved seriously in filmmaking when she was still in England. “I took a class on digital interactive media when I was there”  she said. “When I came back here, I couldn’t get a normal job, so I got HD cameras and started doing personal documentaries.”

She views her film work as “a legacy for someone.” “When I work on a project, I treat it as a real documentary about the person. Sure, I could just roll film and let the person talk. But I prefer doing a well-rounded piece where I interview other people in that person’s life. I’m lucky — it’s really wonderful work.”