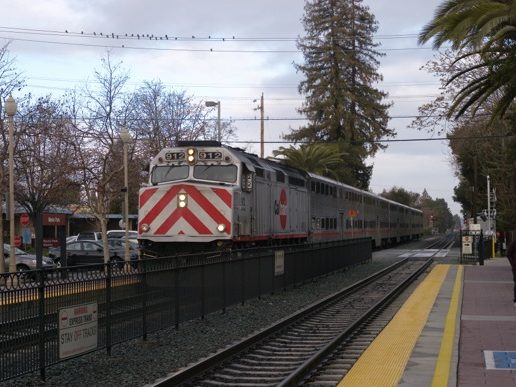 Caltrain is inviting customers and the public to travel back in history on Oct. 19 for the kick off of an extended celebration of 150 years of railroad service between San Francisco and San Jose. The event will be held from 11:00 am until 3:00 pm at the Menlo Park Caltrain Station (1120 Merrill St.).

The railroad, known today at “Caltrain”, is the oldest railroad with continuous passenger service in the West. Caltrain plans a variety of events and activities to commemorate the anniversary year with the theme “Opening New Frontiers for 150 Years.” The San Francisco & San Jose Railroad was completed on Jan. 16, 1864. 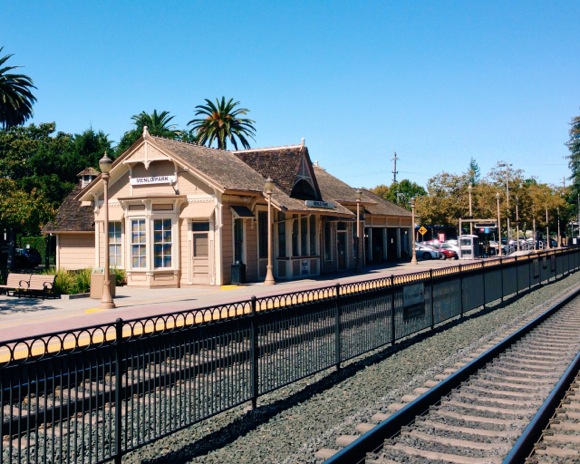 Costumed historic characters will arrive by train to re-enact a picnic that was held under the trees in 1863 when track construction had gotten as far as Mayfield, a town south of Palo Alto. Other festivities include a community fair featuring historic railroad exhibits, a six-piece band playing music of the era, face painting, and food trucks.

The program will begin a 11:45 am. Everyone is invited to get in the picnic spirit by bringing their own lunch or purchasing one from the food trucks.

The Menlo Park train station is one of seven depots on the National Register of Historic Places along the 50-mile rail corridor between San Francisco and San Jose.

Can’t wait for the picnic!!