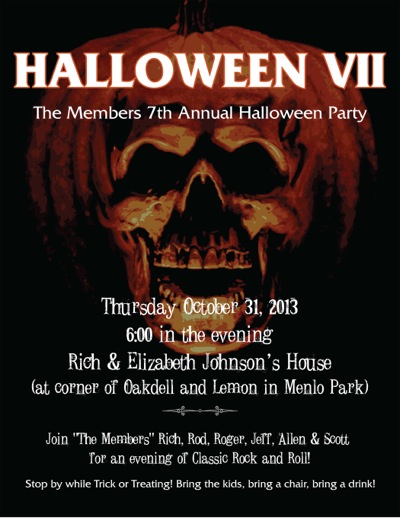 Emails band member Allen Weiner: ” … the Members are playing our 7th annual Halloween block party show on October 31 at Lemon and Oakdell. The line-up of the band — Roger Inman, Scott Wachhorst, Rob Scherba, Jeff Bird, Rich Johnson, as well as myself — is unchanged from the last time InMenlo wrote about us.

“We’re always adding new songs to our set list. New tunes (for us) range from some mellow Beatles tunes (Norwegian Wood, Blackbird) to some rockers (Interstate Love Song by Stone Temple Pilots and Times Like These by the Foo Fighters) to some in-between pop tunes (Wonderwall by Oasis and Barely Breathing by Duncan Sheik) to some fun country tunes (On the Road Again by Willie & Waylon and Wagon Wheel by the Old Crow Medicine Show).

“We created two posters for this year’s show, one a little spooky (pictured) and the other less so…And a good time will be had by all!” 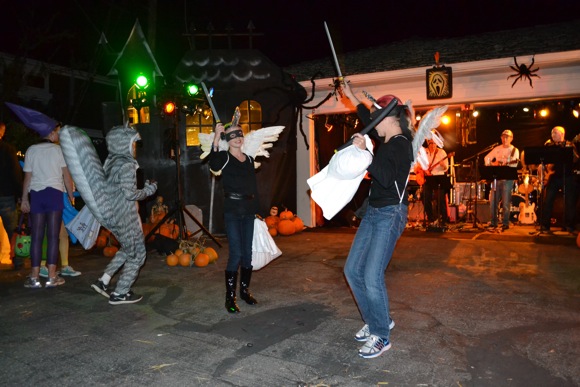