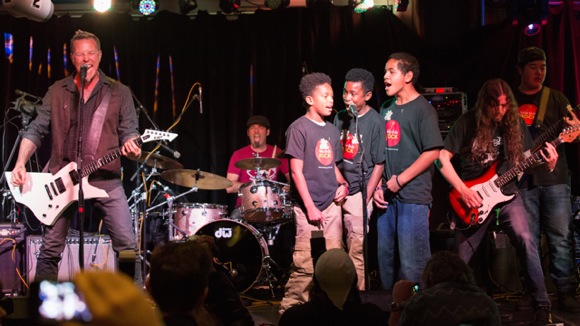 Hetfield performed a few songs with local students at the event, hosted and underwritten by Facebook at its Menlo Park headquarters, including a stirring rendition of Enter Sandman with guest appearances by Guitar Hero’s guitarist Marcus Henderson and Joe Satriani’s drummer Jeff Campitelli. Chris Isaak was also there to help support.

Hetfield also autographed some guitars for a live auction, including a signature white ESP Snakebite which sold for $14,000.

Funds are still being raised by an online auction and crowd funding campaign.