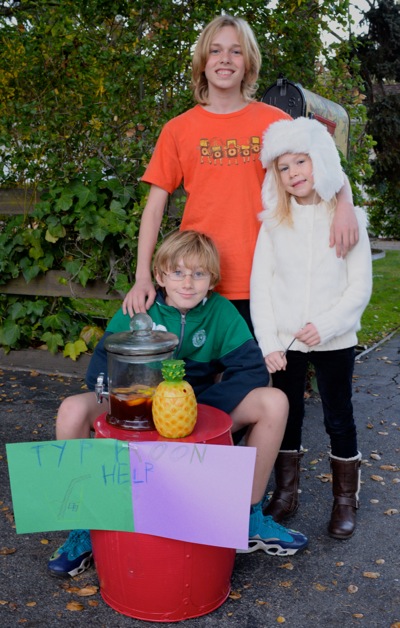 Jonathan, seated, is a 4th grader at Oak Knoll in Ms. Austin’s class where students were encouraged to do something meaningful to help people devastated by the typhoon in the Philippines. He is joined by his brother William and sister Grace selling lemonade for typhoon aid.  Mother, Sarah, noted that they “are Irish and he still thinks it’s summer as it’s warmer than an Irish summer”.