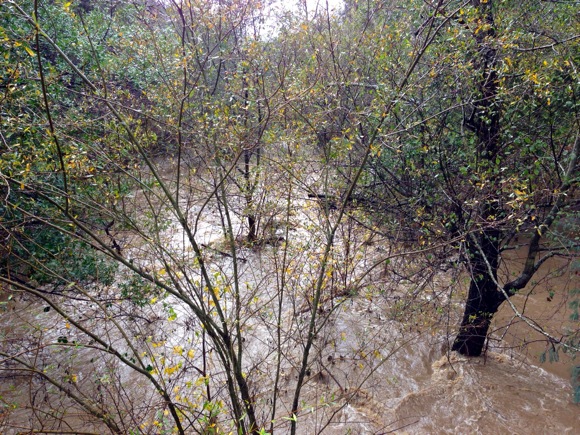 The League of Women Voters of South San Mateo County is hosting a free presentation open to the public on Wed., Jan 29 at 7:00 pm at the Menlo Park Library. Len Materman, Executive Director of the San Francisquito Creek Joint Power Authority (SFCJPA), will provide an overview of the Strategy to Advance Flood protection Ecosystems and Recreation along the Bay (SAFER Bay) project and take questions from the audience.

In October 2013, the SFCJPA board launched the SAFER Bay project and its objectives include: removing properties from the 100-year flood plain assuming 50 years of sea level rise, enabling the restoration of historic marshlands, expanding opportunities for recreation and minimizing costs of maintenance. The work effort will focus on the area starting at the San Mateo-Santa Clara County line where San Francisquito creek enters the Bay, and extend north to include the shorelines of East Palo Alto and Menlo Park.

The funders of the project include: the State of California, the cities of East Palo Alto and Menlo Park, Facebook, Inc. and the U.S. Fish and Wildlife Service.

San Mateo county continues to allow structures to be built in the flood plain in the middle reaches of San Francisquito creek where they flood every year there is heavy rain. Therefore, the problem is not merely in the lower reaches.