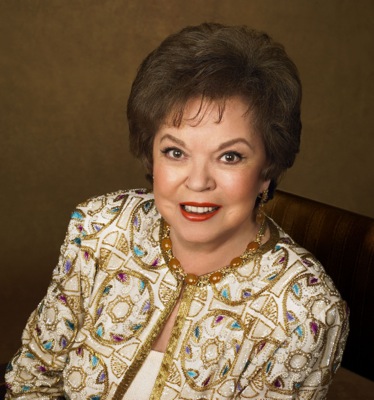 Growing up in Menlo Park, I, along with what seemed like the whole neighborhood, attended children’s plays, I think performed at Sequoia High School. What the plays were, I don’t recall, although I enjoyed them.

What I do remember quite distinctly is one of the ticket takers, undoubtedly pointed out to me by my mother, who had felt the effects of the Great Depression as a young woman. She, like many of her contemporaries, was cheered during those years by Shirley Temple movies.

Shirley had become Mrs. Charles Black by the time I encountered her. My mother and I would also spot her when we were shopping at the Stanford Shopping Center. And I seem to recall that her daughter was in one of my Sunday school classes.

As a kid, it was always a little hard to reconcile the child star Shirley — I, too, loved her movies — and the adult wife, mother, and community volunteer in the 50s and 60s. She always struck me as “regular,” and I mean that in the most positive way. Here was someone who had achieved such fame at a young age, but now was just like the rest of us — or so it seemed.

In my second stint in Menlo Park (moved “back home” in 1990), I haven’t spotted Mrs. Black out and about as much. Of course, she was busy with other things on a more international stage in her role as diplomat.

I remain thankful that she brought joy to my mother during the Depression and made me feel a bit special because my children’s theater ticket was being taken by “America’s Little Darling.”

Note: Woodside resident Shirley Temple Black passed away on Feb. 10 at the age of 85.  A remembrance from her family can be read on the Shirley Temple website.

Love the remembrance. My Mom and I would see her at Draegers market shopping for groceries in the late afternoons. It was as much a treat for my Mom as it was for me to see her.

I have always adored this great lady. I remember as a child running home after church on Sundays to watch a Shirley Temple movie. This was something my while family looked forward to doing together. I was excited when I first found out she had gone into politics. I thought they have a real go getter in there & maybe get so ethi g done. I’m was very pleased in the mixed of all her accomplishments that her family was still first. My deepest sympathy for your loss. I will truly miss her. May God continue to Bless & watch over your family. If you haven’t ask Jesus to come into your lives please do so. You never know when your last days will be with your family & friends. You are in my prayers.
Love In Christ
Debbie Daniels
Kentucky