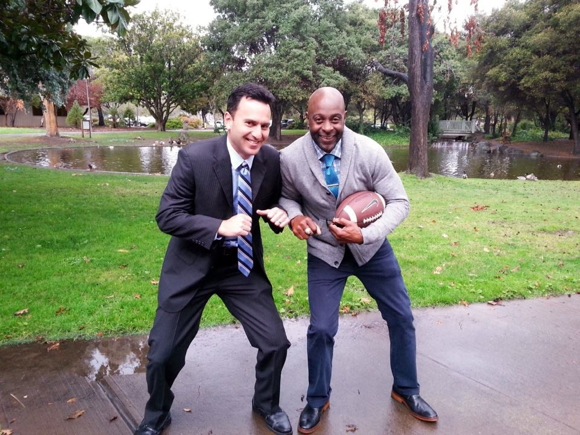 Menlo Park Mayor Ray Mueller talked with Hall of Fame football player Jerry Rice  yesterday about a variety of subjects including his message to kids about achieving their goals and the importance of working hard in the classroom, his opinion on how Michael Sam, the first openly gay NFL draft prospect will be treated, and what his 40 time is today — and when he last ran “the hill.” You can hear Rice’s comments on the Mayor’s Facebook page.