Hooked on Ultimate Frisbee, Jen Overholt passes on the sport to another generation 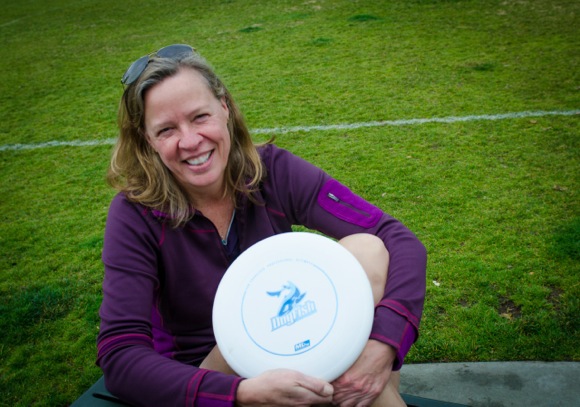 Jen Overholt describes herself, among other ways, as “the girl who played Bombardment in elementary school.” In high school and college, she played volleyball. Through a colleague at Sun Microsystems, where she worked for a time as a product manager, she was introduced to a new sport — Ultimate Frisbee.

“I got hooked,” she says. “I gave up volleyball and started playing three or four times a week on a women’s and a coed team.”

She excelled and was a member of the 2000 Coed Nationals and the 2005 Coed Regional Ultimate teams. Now she’s bringing her enthusiasm and expertise to La Entrada School in Menlo Park. She and fellow parents — and former Ultimate Frisbee players — Gudrun and Tom Enger are holding a co-ed clinic starting in the Spring. 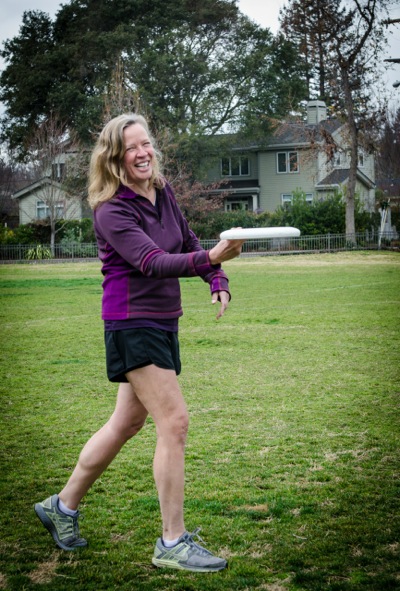 While people often assume the sport includes the participation of a dog, it does not. “It contains elements of football, soccer and basketball,” Jen explains. “There are seven players per side, passing the disk from one person to another until someone catches it in the end zone.

“You can’t run with the disk, so you’re passing all the time. There’s no stoppage of play — there’s a lot of running!”

Another distinctive aspect of the sport is called Spirit of the Game. “It’s all self-refereed,” Jen says. “You call yourself in and out, and call fouls. A new professional league started last year, and it does have referees.”

The co-ed clinic that Jen, Gudrun, and Tom are offering at La Entrada will introduce the basics of Ultimate — backhand and forehand throwing, catching, scoring, game dynamics, as well as the Spirit of the Game. It will build upon the curriculum introduced in the school’s P.E. classes. The trio is on the look out for other local teams to compete against; if interested, contact Jen (jenoverholt@gmail.com).

While she no longer competes in leagues, Jen continues to play pick up games on the Peninsula and in Golden Gate Park on Saturdays. “I love the camaraderie,” she says. “The players are the nicest people I’ve ever met. And it’s an awesome combination of athletics and strategy. Plus, it’s one of the few co-ed sports!”