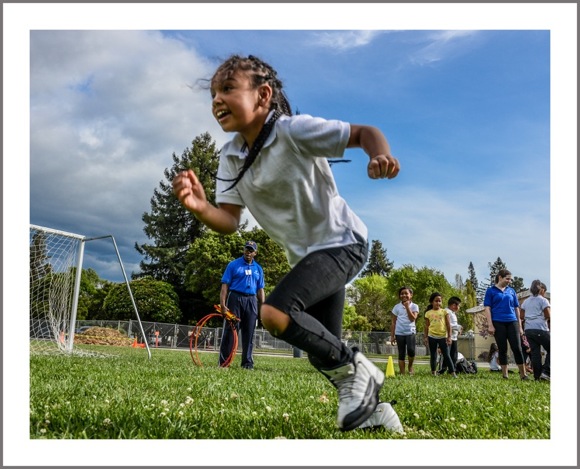 It was just about three years ago that Atherton resident Ashley Riley founded the Fit Kids Foundation, so we thought the time was right to get an update about the organization’s programs.

She told us that they’re now offering after school fitness programs free of charge to kids who wouldn’t otherwise have the opportunity to participate in east Menlo Park, East Palo Alto and Redwood City. “And we’re with the kids twice as much,” she said, “running programs twice a week for 12 weeks rather than once a week for eight weeks.”

Funding for the Foundation has come mainly from individuals, but Ashley is hoping that an upcoming event will not only raise additional funds but provide a fun day for the whole community. “We’re co-hosting what we’re calling Children’s Champions at Stanford Stadium on Saturday, May 3, along with the Wender Weiss Foundation for Children, ” she explained. “The money raised will go to both organizations. 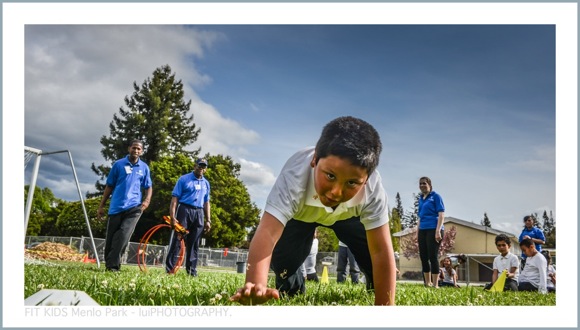 “We’ve lined up some great professional athletes as well as members from Stanford’s sports teams to attend the event along with team mascots Lou Seal (Giants), Q (Earthquakes) and Stomper (As).

“We’re also inviting over 40 at-risk children from Costano to participate in the afternoon. All the kids attending will be able to take part in Fit Kids activities and interact with the athletes.”

One of Ashley’s goals for Fit Kids is to reach kids when they’re young enough to develop skills that will keep them active long after they’ve participated in a Fit Kids program. “There’s this idea that kids are born knowing how to run, kick, and throw,” she said. “But without the opportunity to practice these things, they won’t learn. This is one of the reasons we’re focusing on younger kids — K-2.

“We want the kids to develop basic movement skills so that they can play any sport — and be an active healthy human being.”