Arrr! The Pirates of Penzance invades Menlo School for two weekends in May 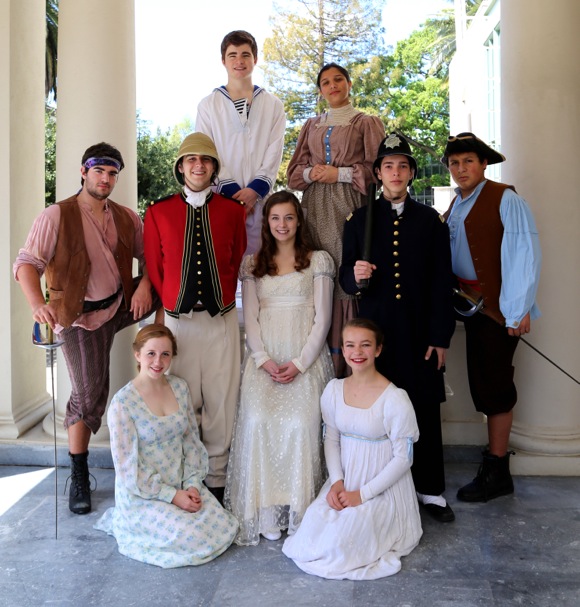 In 1879, Gilbert and Sullivan staged their comic opera The Pirates of Penzance on Broadway. An irreverent parody of paternal affections, young love, social class and Victorian morals, as well as a dig on “pirates” stealing their copyrights, the show’s winning combination of song, dance, action, and romance made it a commercial success.

Over the years, it would play on hundreds of stages around the world and make its way  to school campuses. Now, 135 years later, Menlo School in Atherton presents its own version of the three-time Tony Award-winning musical, directed by Broadway veteran Steven Minning.

Minning, who has professionally directed the musical twice previously, aims to draw from the “energy” of the school’s teen talents. He cites the “fun and fresh abandon” with which the students are portraying their roles. “This energy has inspired new elements that will go into the show and make it uniquely Menlo,” he says.

Some of the cast members echo this feeling of newness. For many of them, their roles in Pirates are vastly different from what they’ve done in the past. “I have to get used to the idea of being a character that looks down on those he views as beneath him,” says J.B. Horsley, who plays Major General Stanley.

On the other hand, Lauren Smith, who plays Kate, one of the major general’s daughters, says her role is “more dainty and feminine” than her previous roles. Kate, says Lauren, embodies the “damsel in distress” archetype.

For Anika Padwekar, her part is also a departure from her previous roles. As Ruth, Padwekar plays a middle-aged motherly figure guilt-ridden about accidentally turning over her ward Frederic into a pirate’s care as an apprentice.

The Pirates of Penzance will be played on an outdoor stage as Menlo School’s spring musical on May 2, 3, 4, 9, and 10. This will be the third production and first open-air one for Minning, who joined the school’s faculty at the beginning of the school year.

All shows will be at 8:00 pm. Tickets are $5 for students and $10 for adults and are available online. Chairs are provided, but you may bring your own lawn chairs and blankets.