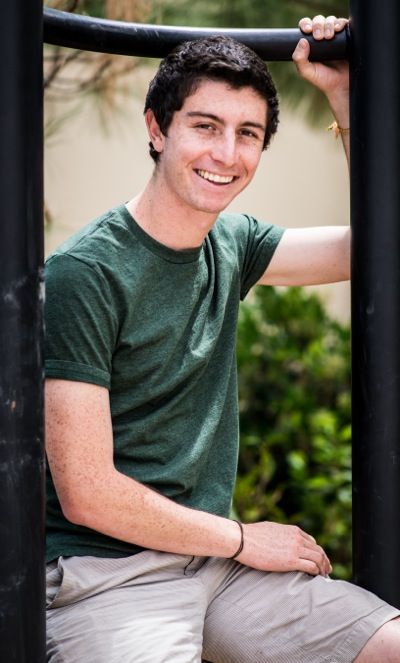 Menlo-Atherton High School grad Alan Propp, who’s finishing up his second year at Stanford, is headed to Ghana this summer to work with the Kaeme Foundation in partnership with the Ghanian Department of Social Welfare. There he’ll be interviewing children who are housed in orphanages, even though in some cases they have families.

“The goal is to get them reunited more quickly,” he explained. “We’ll be visiting a different orphanage each week.”

This isn’t Alan’s first experience working with children. While at M-A, he was involved with the Ravenswood schools mentoring program. While at Stanford he’s volunteered at Camp Kesem and with Kids With Dreams.

“Camp Kesem is a camp for children whose parents have cancer,” he said. “It was only one week but it was one of the most incredible experiences I’ve had. I’m doing it again this summer, too.”

Given his interest in working with children and discovering that his major is human biology, we guessed he might be on the path to becoming a pediatrician. We presumed wrong: Alan is interested in pursuing a career in environmental science, focusing on South America.

“I could have majored in earth sciences,” he said, “but human biology  is very inter-disciplinary. You end up learning about a lot of things. It’s a general enough major that I can pick and choose what I want to take.”

In preparation for the Ghana trip, the group that’s going met once a week this past quarter. They learned about what their volunteer roles will be and how to speak Twi, which Alan conceded he’s not very good at.

Editor’s note: Are involved in an exciting or different summer adventure? We’d like to hear your story — and see your photos. Send to tips@inmenlo.com