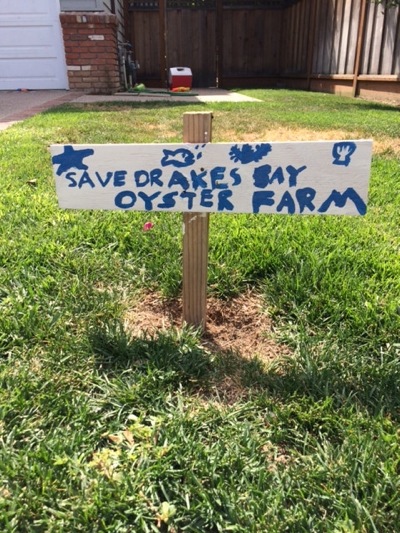 Menlo Park resident and physical therapist Robin Tobias spotted this sign supporting Drakes Bay Oyster Co. in west Menlo Park this morning. The oyster farm on Tomales Bay was going to be forced to close today until a group of restaurants filed a lawsuit saying closure would violate the Aquaculture Act and harm businesses. Carolyn Jones of the San Francisco Chronicle reported that harvesting will continue at least another month.