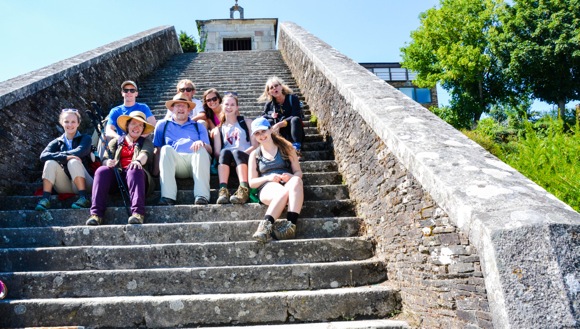 In the post and photos below, M-A grad Annalise Deal, who heads for Boston College this fall, talks about her summer experience walking the Camino de Santiago. We’d like to hear how other Menlo Park and Atherton residents spent their summer vacation. Send stories/photos to tips@inmenlo.com.

“The Camino has been a gift, pay it forward.” I read these brief words of wisdom, painted on a tunnel wall just outside of Santiago de Compostela, as our group descended to the Santiago Cathedral after a week-long pilgrimage along the Camino de Santiago. 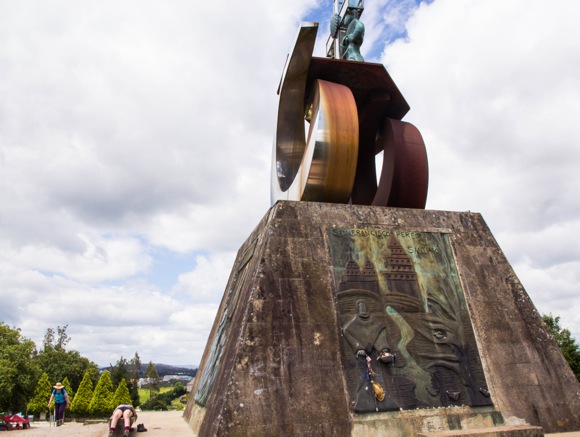 Nine people from Trinity Church in Menlo Park, including myself, travelled to Spain to walk the last 73 miles of the Camino. Like millions of pilgrims before us, we traversed the 2000-year-old route to see the relics of Saint James the Apostle at the Cathedral in Santiago. Even though we have been home for nearly two months, I still find myself reflecting on how to follow the wise words written in the tunnel.

The Camino is littered with “vandalism” — words painted on walls, stones, trashcans and other surfaces meant to inspire fellow pilgrims. These tidbits vary from the common greeting “Buen Camino” to the lyrics of Lennon and McCartney’s “Let it Be” and often provided us with smiles and entertainment along the way. However on our last day of walking, I struggled with the challenge to “pay it forward” as the Camino is nearly impossible to explain to non-peregrinos (Spanish for “pilgrims”). 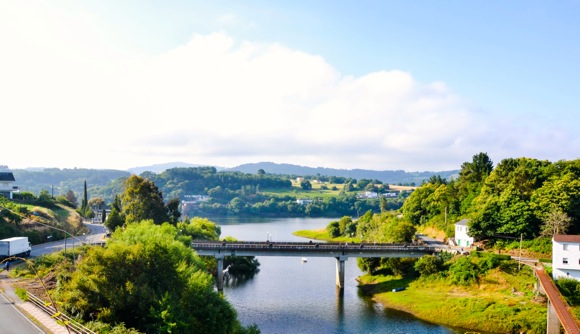 It is easy to share the physical beauty of the Camino. The countryside is magnificent — much like the landscape of Sonoma County mixed with the climate and pastoral feel of rural England. The path itself varies between beautiful old cobblestones, heavily treaded dirt, and paved country roads as it winds through hills and farm towns, and occasionally crosses Rio de Barrela. Photos cannot quite capture the essence of it, but they do help the viewer to understand some of the inherent beauty.

It is also easy to share the fun and excitement of the pilgrimage while on the Camino. We ate lots of delicious chorizo and fried potatoes, drank lots of “café con leche” (similar to a latte), listened to great live guitar music, and watched World Cup soccer games late into the night. We met people from all over the world — as far from California as China, Belgium and South Africa, and as near as Sacramento —and exchanged our stories and the advice we had picked up as we walked. 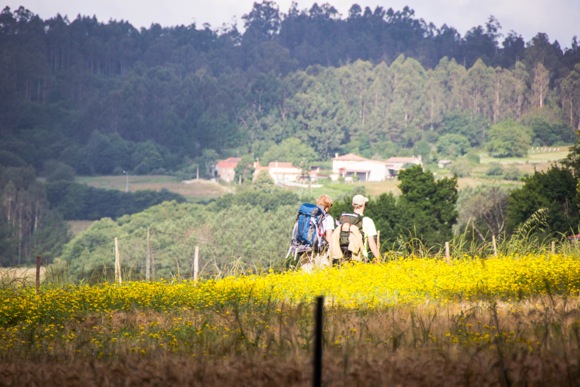 What I see as the true gifts of the Camino, however, are the emotions and spiritual experiences we felt along the way. These are the hardest to share because it is a place and experience unlike any other I have seen.

The typical social dynamic of many groups is quickly broken down as peregrinos become both more solitary and more united. The best representation of this is the physical way we walked. We left the town or Sarria on our first day of walking as a large group, chatting excitedly as we set out on our adventure. On our last morning leaving Arzua for Santiago, we walked in pairs or alone, quietly, meditatively and thoughtfully. 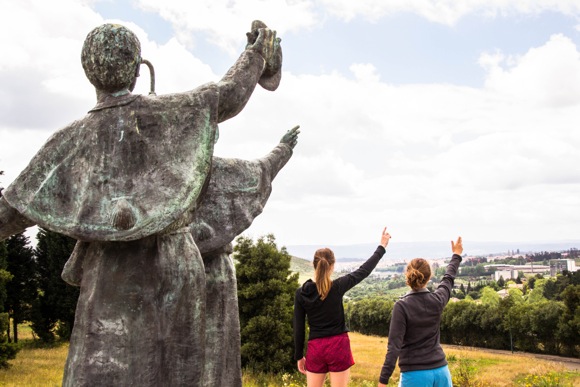 Along the way pilgrims walk together, but often peel off for time alone or with someone new, without anyone ever feeling hurt or left out. There is a mutual understanding throughout that each person’s Camino is his or her own, and space is provided accordingly.

This image speaks to the effect of the Camino. More than anything, the Camino provides peace and respite for all souls, and pilgrims are forced to let go of everything that separates them from that spiritual destination.