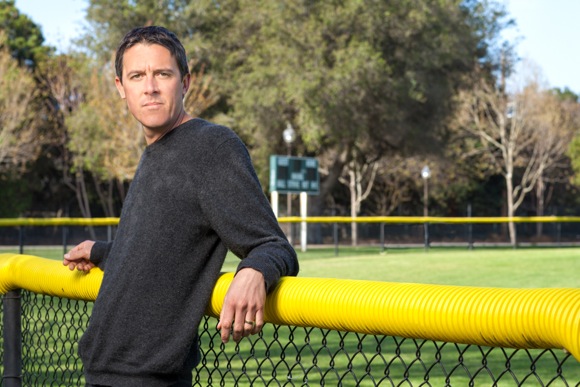 Local author Nick Taylor, who also writes under the pen name T.T. Monday, will talk about his work during a free program to be presented by the Menlo Park Library on Saturday, October 4, at 11:00 am at the Menlo Park City Council Chambers, located at 701 Laurel Street.

Nick, a Menlo Park resident,  is the author of the historical novels The Disagreement (Simon & Schuster, 2008) and Father Junípero’s Confessor (Heyday, 2013). His most recent book is The Setup Man, written under the pseudonym T.T. Monday, and published this year by Doubleday.

Taylor’s award-winning debut novel, The Disagreement, is a coming of age novel commencing as Virginia secedes from the Union. The Minneapolis Star-Tribune’s reviewer wrote that Taylor “captures the manners, mores and language of the era, sweeping the reader back in time.”

Father Junípero’s Confessor, “a novel of mission-era piety and fanaticism,” was published to coincide with the celebration of the 300th anniversary of Junípero Serra’s birth. The book captures the atmosphere of early California as Taylor dramatizes the politics of the era.

The Setup Man is a thriller featuring Johnny Adcock, an aging Major League pitcher with the perfect retirement plan: he moonlights as a private investigator. Kirkus Reviews calls the book “a throwback Southern California mystery in modern pinstripes…a treat for readers of mystery or baseball novels.”

Nick’s work has earned a Fulbright-Nehru Fellowship and the Michael Shaara Prize for Civil War Fiction. He has also received support from the Virginia Commission for the Arts, the Virginia Center for the Creative Arts, and the William R. Kenan, Jr., Fund for Historic Preservation.

Books will be available for purchase and signing after the event. For event details, visit http://www.menlopark.org/library, or e-mail John Weaver, Menlo Park Library Outreach Coordinator, at weaver@plsinfo.org.