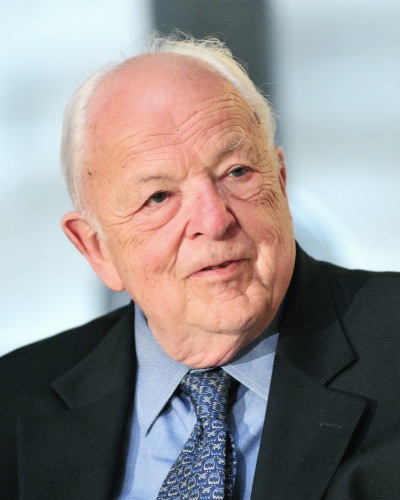 President Obama Friday (Oct. 3) named former SLAC Director and Nobel Prize winner Burton Richter as one of 10 recipients of the National Medal of Science, and also named eight recipients of the National Medal of Technology and Innovation. The two awards are the nation’s highest honors for achievement and leadership in advancing the fields of science and technology. The new awardees will receive their medals at a White House ceremony later this year.

“These scholars and innovators have expanded our understanding of the world, made invaluable contributions to their fields, and helped improve countless lives,” President Obama said in a press statement. “Our nation has been enriched by their achievements, and by all the scientists and technologists across America dedicated to discovery, inquiry, and invention.”

Richter said, “I’m deeply honored, and I’m happy to be in such distinguished company.” He added with a laugh, “While Berkeley got three medals and Stanford got two, we did win the Big Game.”

Richter served as SLAC’s director from 1984 to 1999 and is the Paul Pigott Professor of Physical Sciences Emeritus at Stanford University. He received his bachelor’s degree in physics in 1952 and a PhD in 1956 from the Massachusetts Institute of Technology. Richter’s career at Stanford started in 1956 as a research associate in the High Energy Physics Laboratory. He joined SLAC as an associate professor and rose to technical director before becoming the leader of the laboratory.

Richter shared the 1976 Nobel Prize in Physics for discovery of the J/psi particle, whose existence implied the existence of the charmed quark. He has received other numerous honors and awards, including the Enrico Fermi Award, presented in 2012 by President Obama, and the Department of Energy’s Ernest Orlando Lawrence Award. He is a member of the National Academy of Sciences, a fellow of the American Academy of Arts and Sciences and the American Association for the Advancement of Science, and former president of the International Union of Pure and Applied Physics and the American Physical Society. Richter is also a member of JASON, an independent group of scientists that advises the U.S. government.

In recent years Richter turned his attention to energy issues, and in 2010 was the author of Beyond Smoke and Mirrors: Climate Change and Energy in the 21st Century. He is a member of the DOE’s Nuclear Energy Advisory Committee and chaired its fuel cycle subcommittee from 2000 to 2013; was a member of the first PCAST Review Panel for the National Climate Change Assessment; and is a senior fellow at Stanford’s Freeman Spogli Institute for International Studies, the Precourt Institute for Energy and the Woods Institute for the Environment.

The National Medal of Science was created by statute in 1959 and is administered for the White House by the National Science Foundation. Awarded annually, the medal recognizes individuals who have made outstanding contributions to science and engineering. The President receives nominations from a committee of presidential appointees based on their extraordinary knowledge in and contributions to chemistry, engineering, computing, mathematics, and the biological, behavioral/social, and physical sciences.