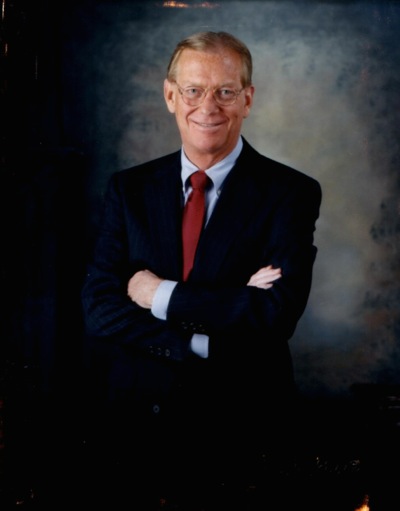 William Andrew Ready, 71, passed away on August 31, 2014 at Norton Old Brownsboro Crossing Hospital in Louisville, KY. A local memorial reception will be held on Saturday, Oct. 18, at the Stanford Faculty Club (49 Lagunita Drive) from 3:00 to 6:00 pm.

Bill was a native of California, where he grew up with his four siblings, graduating from Menlo-Atherton High School, and enjoying the warm climate and water sports. He received his undergraduate and MBA degrees from Stanford University.

Bill’s business career led him to Kentucky where he launched the sales and marketing of “Extra Crispy Chicken” for Kentucky Fried Chicken, and later served as president of Hickory Farms. During the latter part of his career, he enjoyed having his own business consulting firm, Markets, U.S.A., Inc.

Parking at the memorial will be available at Tressider Union parking lot across Lagunita Drive from the Faculty Club. The family requests that those planning to attend RSVP to Charlotte: (502) 412-7787; c.ready@twc.com.

I was very sad to read about Bill, a Menlo Atherton Alum and classmate. He was one of the nice guys. When he moved East, he stayed. My thoughts go to his family.

Dear Ready Family:
Sorry to hear of Bill’s passing. Bill was a real class act. My thoughts and prayers go out to his family and loved ones. May he Rest In Peace.

God’s Blessing’s in this difficult time.
Bob Guglielmetti
Class of ’61