“Go Giants” says this giant of a dog, Cash 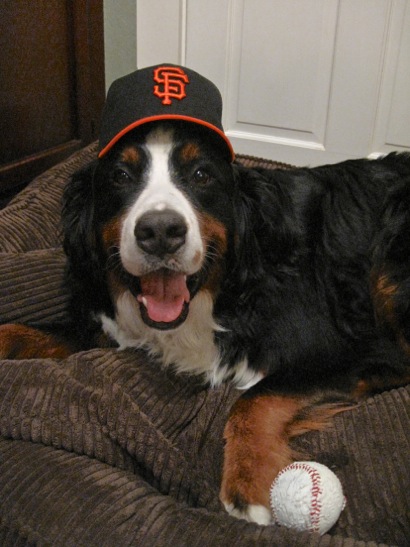 Growing up in Menlo Park, Rob Dell’Ergo was such a San Francisco Giants fan that he ended up working for the Giants in guest services later in life and writing a book about the team’s first season in its current ball park.

For today’s “good luck, Giants” photo, we’re featuring Rob’s dog Cash in Giants attire. It was taken by Rob’s son Nick, who often accompanied his dad to the ballpark.