To find out what’s happening at M-A, check out the twice weekly M-A Today 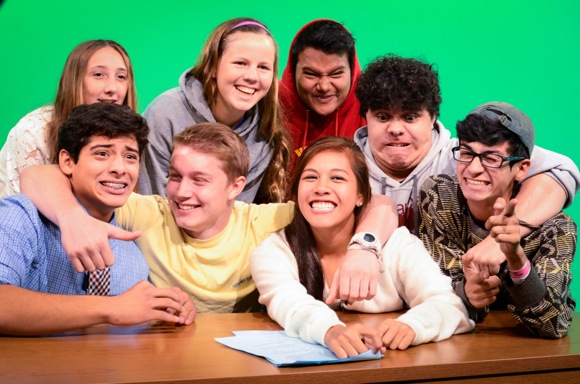 There was a steady buzz the Tuesday morning we visited John Giambruno’s TV Communication and Production class on the Menlo-Atherton High School campus. Half the class was preparing to air a live show called M-A Today. The other half was working on Friday’s show. Both air on highschoolCUBE. 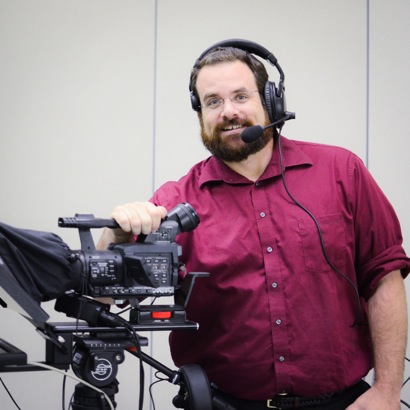 And while, yes, they are high school students, this is an amateur production only in the sense that they are unpaid. After rotating between on camera and off camera responsibilities at the start of each school year (and again at the second semester), students are assigned specific roles by Mr. G (pictured right). These include director, floor director, on camera reporters and anchors, camera operators, technical director, playback/graphics, audio mixer, and teleprompter.

The equipment comes courtesy of bond Measure J passed a few years back, grants from M-A’s Foundation for the Future, and Facebook, which donated the Apple computers. The classroom is equipped with a real production studio. 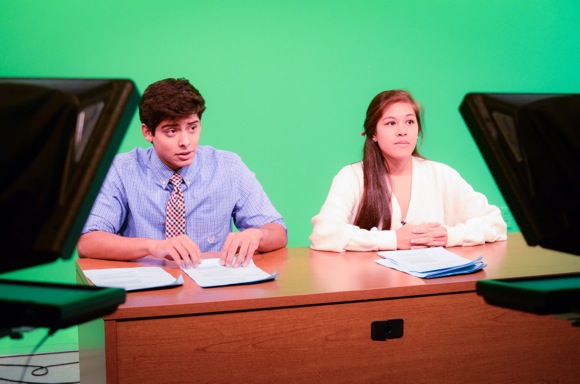 “This year we have a lot of kids who want to be anchors,” said Mr. G. “Guess you’d characterize them as a lot of extroverts. What we don’t have a lot of is girls. There are only three [one of whom was co-anchor on the day of our visit].”

The students are graded for each show, based on various criteria including script quality, presentation/performance, set up/dress rehearsal, and professionalism, among others. 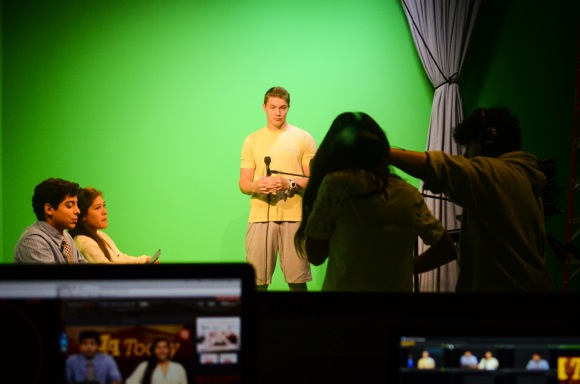 The content on M-A Today is a mix of school announcements and features on various personalities around campus. In addition to the Tuesday and Friday show, the class streams live events like school sports and performances.

We asked a number of students if they were interested in pursuing news careers when they graduated. While most were clearly engaged in the class, they weren’t certain what the future holds. What is clear is they are gaining invaluable hands-on experience, which is a real plus if they do pursue degrees in broadcasting.

What a great class and production experience!