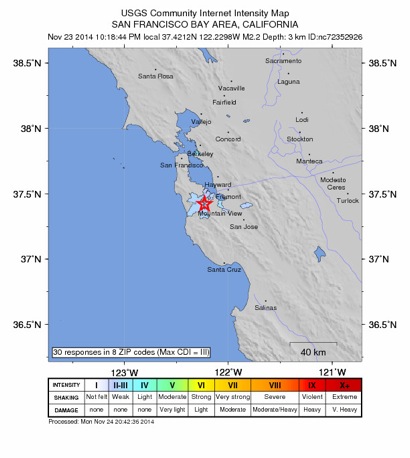 To most residents, it was more a large thud than a shake. But indeed it was an earthquake around 10:20 last night. It was centered just west of Menlo Park in the area under the Horse Park at Woodside. (We put the coordinates  found on the attached illustration into Google Maps.)

A couple of years ago, we visited with USGS geologist Robert McLaughlin who filled us in on the many earthquake faults in our area, including one that runs along the Alameda. You can read the story here.