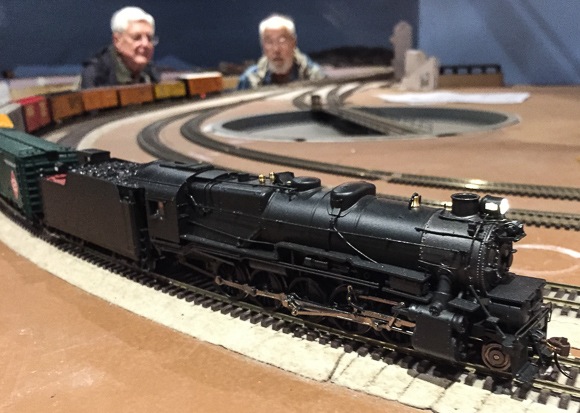 After a year’s hiatus, a holiday favorite resumes this year when the West Bay Model Railroad Association will unveil its new railroad layout — a work in progress —  at two open houses on Saturday and Sunday, Dec. 6 and 7 at the Model Railroad Building, 1090 Merrill St. in Menlo Park. The hours are 2:00 to 5:00 pm on Saturday and 5:00 to 9:00 pm on Sunday (the latter coinciding with the Caltrain Holiday Train’s stop). Admission is free.

When we visited in advance of the weekend event, Menlo Park resident Mark Drury, a member of WBMRRA, talked about the new two-level layout, and what people can expect. “We’ll have trains running on the upper level of the new layout,” he said. “And we’ll be here to answer questions.” 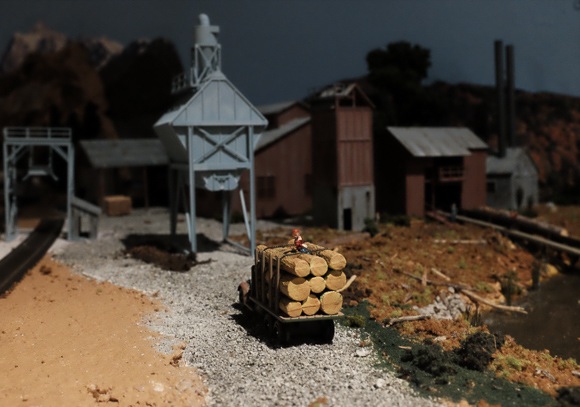 Like many of his fellow members, Mark’s interest in model trains began when he was a kid. He joined the local club five or so years ago. “Even when we’ve finished the new layout, it won’t really be finished,” he said. “A model railroad is never complete. You’re always rebuilding and replacing.”

On preview, will be both steam and diesel-fueled engines pulling trains through a series of mountain tunnels modeled on California and the West. Completed scenes include a saw mill and the beginning of a new roundhouse. The trains are run from a “staging yard” by association members.

According to Mark, the layout should have all of its new features operational within the next couple of years. “We plan to have operating sessions where people can come and operate the trains,” he said.