When we first visited with Menlo Park-based photographer Barry Fleisher in July, 2014, he talked about his growing interest in photographing construction sites. Now he’s found a big construction project practically in his own back yard, one that’s particularly fitting given that he’s a retired neonatologist — the building of the new Lucile Packard Children’s Hospital Stanford. 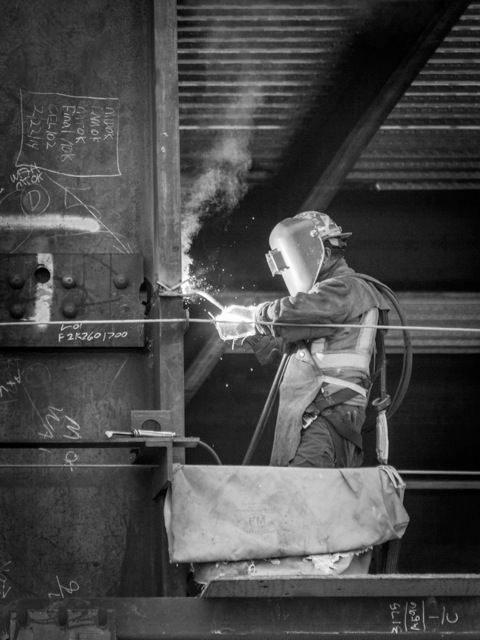 The effort began simply, with permission to go on site and take photos. But his work has come to the attention of Packard staff. Some of the photos will be exhibited at the current Packard Hospital, and others are being used in the monthly progress report.

“My dad, brother and uncle were all in the construction business, and I worked construction during the summer, so there is a link,” he explained.

“My plan is to continue with the project until the building is finished in 2017. Periodically, I go into the building but most of the time I’m shooting exteriors.

“I look at the project as documenting three aspects: the progress on the structure, details that go into construction work, and the variety of workers who are doing the building.”

Given his background in pediatrics, it’s not surprising that he’s known to the workers as the “doctor/photographer.”