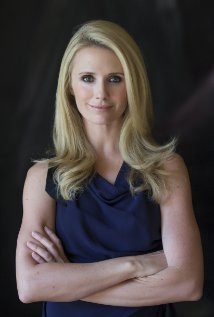 Hillview Middle School Speaker Series is hosting the award-winning documentarian and Second Lady of California, Jennifer Siebel Newsom for a screening of her new documentary, The Mask You Live In. The film will be shown  on March 2 at 6:30 pm in the Performing Arts Center (PAC).

Commended for her groundbreaking documentary exploring the impact of the media’s portrayal of girls in Miss Representation, Ms. Newsom takes on the gender stereotypes and the miseducation of our young boys in the new film, The Mask You Live In. After viewing the film, Ms. Newsom will share the story behind the film and answer audience questions. 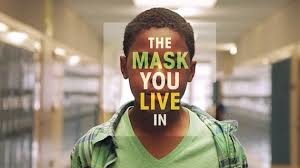 The Mask You Live In follows boys and young men as they struggle to stay true to themselves while negotiating America’s narrow definition of masculinity. Pressured by the media, their peer group, and even adults in their lives, the boys in the film confront messages encouraging them to disconnect from their emotions, devalue authentic friendships, objectify and degrade women, and resolve conflicts through violence. This important film ultimately illustrates how we, as a society, can raise a healthier generation of boys and young men.

The event is free and open to the public and takes place in the Hillview Middle School Performing Arts Center (PAC) located at 1100 Elder Avenue in Menlo Park. The event will start promptly at 6:30 pm and is likely to fill up quickly, so attendees are recommended to arrive no later than 6:15 p.m. to secure a seat. Free childcare is provided for all potty trained children. For more information, contact Jennifer Allen at hvspeakerseries@hillviewpto.org.

This is a cause close to my heart. Besides being a sensitive person with a strong sense of justice & fairness, I am also a Clinical Social Worker with 32 years of experience doing therapy with all ages of people in multiple settings. I’ve made some connections between our society, which is so toxic that DV, child abuse & sexual assaults on women are common-place & basically minimized. When there are high rates of violence at home they become petri dishes for growing many boys becoming angry/abusive/monsters, & often girls becoming co-dependent victims of abuse. Besides being knowledgeable about the dynamics of abuse & the subsequent mental/brain disorders, including PTSD; we are penalizing & locking up children and young people whose misbehaviors are mostly symptoms of said brain disorders going undiagnosed &/or untreated. This continues in spite of numerous studies that say rehab./treatment prevent further & more serious criminal activity vs. incarceration. I have an article called “The Age of Anxiety”, a result of the incredible pressure on kids to master higher & higher levels of math and ridiculous amounts of homework. One out of 3 high school boys are dropping out due to this pressure, along with using alcohol & drugs, self-mutulation & all too often, suicide. Many boys & men struggle for years to let go of the inadequacy they feel about failing to meet their fathers’ expectations & hence, never earning his love & approval. At the root: an alpha male-oriented, developed and run society & it’s institutions. Robber barons. Success defined by those who are wealthy, ruthless, powerful & greedy enough to become our leaders. Those who even as small children were treated harshly & held to such unrealistic standards – punished if they cried or showed ‘weakness’ – that they’re emotionally retarded, have no empathy, become more and more arrogant, & absolutely believe in the principles “might makes right” & “every man for himself”. In short, our culture was & is based greatly on the very elitist, violent, militaristic, misogynistic & degenerate Greek and Roman values. These rules were passed down from father to son for centuries by their wealthy families, strict tutors, boarding schools and Ivy League Colleges. These brainwashed men then use their considerable power to keep our society “a man’s world”; the status quo in which they thrive, vs. moving to a “human’s world”. I would love to be able to share with you more of the information and experience I have in understanding & dealing with these dynamics that harm us all. Life doesn’t have to be so hopeless and helpless for so many. And BTW, excellent jobs on your documentaries. Thank you, Michele G. Miller, Licensed Clinical Social Worker

The documentary is monumental in highlighting issues of masculinity in society. http://killingthebreeze.com/mask-youre-forced-wear/