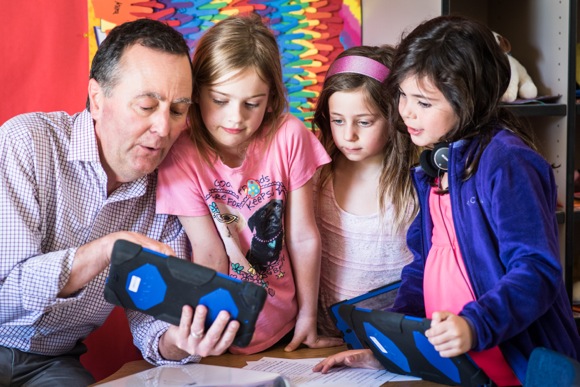 Stop by Bill Quarre’s second grade classroom during lunch time on Thursdays and you’ll find two dozen or so  girls and boys with headsets on and iPads on their desks. No, they’re not playing video games. Instead, they are learning to program using an app called Kodable.

Oak Knoll School Co-Principal Kristen Gracia explains that the Coding Club began in January and is currently open to first and second graders. It’s one of a number of options the school offers during recess that expands beyond the usual playground options.

Both Bill and Kristen are particularly pleased with the number of girls who are choosing to participate. “I think it’s great for kids to get into coding,” says Bill, who has no prior coding experience himself. “I volunteered to lead the club because I thought it would be fun — and it is!”

Bill, who has taught at Oak Knoll for 14 years, is himself a product of Menlo Park schools. He attended Fremont, Hillview and Menlo-Atherton High School. 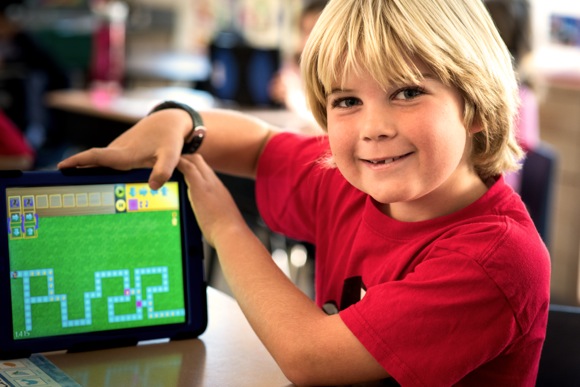 If only I had had a teacher like Mr Quarre when I was young and had a memory. I am always wishing I had learned about computers in school, how much proficient I would be now .. but my children are the ones who benefitted from teachers like Mr Quarre, thank goodness !