M-A grad Adrienne McDonnell is author of novel, The Doctor and the Diva 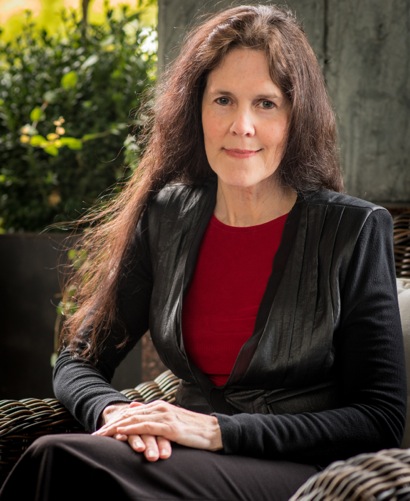 After one of her family’s frequent moves, Adrienne McDonnell, whose novel The Doctor and the Diva was published in 2011, arrived at Menlo-Atherton High School as a freshman. She already knew one thing: She wanted to be a writer, an aspiration she’d had since first putting pencil to paper in early grade school.

“My father worked for Time Life,” she explained, “and we moved around a lot. I was one of eight children, and my parents would pack us on a plane and off we’d go. We landed on Selby Lane in Atherton just before I was to start high school.”

She recalls driving down the tree-lined street for the first time, thinking that there were stories behind the hedges and long driveways [fewer gates in those days]. “And there were,” she said. “One neighbor was one of the founders of American Motors, another one of the partners of Shipstads and Johnson Ice Follies.”

“There’s a novel inside me that’s definitely going to be set in Atherton!” she added with a smile.

Her first novel, The Doctor and the Diva, took a long time to “marinate,” as she explained. “I wrote the first draft and it stayed in the drawer for 20 years. But I finally took it out and recast the characters, beginning the book through the doctor’s eyes rather than the opera singer’s.”

The book is inspired by real life people, which Adrienne recounts on her website. The married couple in the novel, Erika von Kessler and her husband Peter, were inspired by her son’s paternal ancestors — his great-great grandparents. The novel also casts its eye on fertility treatments available long before most people realize.

In Menlo Park to visit for the day, the Berkeley-based author talked about some of the key takeaways from her four years at M-A. “I had a wonderful English teacher, Mr. Dempsey, who taught us more like we were college students. We read a new novel every week written by authors from all over the globe.

“And Frau Parker [who taught language arts for two decades] was the greatest teacher I ever had in my life. Her standards were high; she believed in learning and learning it well. That kind of discipline really stuck with me.

“Plus, she had a great sense of theatrics. When you came into her room, it was like she was on stage!

“And here’s a confession. I used to make lists of her clothes. I don’t think she repeated an outfit over a three month period. It was my way of learning to impersonate the gender of the person I was learning to be.”

Wow, all this time and no comments. Congrats on your career, but even more so I applaud you for keeping track of Frau Parkers attire. She always dressed well. She was amazing, tough as nails and sweet at the same time.