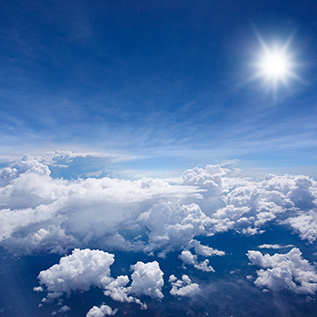 The next Café Scientifique talk, “Reflecting Sunlight to Cool Earth’s Climate: Emulating Volcanoes and Brightening Marine Clouds,” will be presented by Dr. Ken Caldeira and Dr. Armand Neukermans on Tuesday, May 12, 2015, from 6:00  to 7:30 pm at SRI International (Middlefield at Ringwood Ave.) in Menlo Park.

Solar Geoengineering and Climate Change: Nearly everyone understands that the most effective way to reduce environmental risk associated with climate change is to deeply cut greenhouse gas emissions as soon as possible, yet emissions and atmospheric concentrations of greenhouse gases continue to increase. If current emissions trends continue, by the end of this century, nearly every summer in the tropics will be hotter than the hottest summer yet on record, raising the possibility of widespread crop failures and famine.

If climate change does prove truly catastrophic, the only feasible way to cool the Earth rapidly would be to use solar geoengineering technologies, for example, by emulating the cooling effects of volcanoes. While it is fairly certain that Earth’s climate can be cooled in this way, it is far less certain whether such approaches could ever really reduce overall risk and damage. Dr. Ken Caldeira, a senior climate scientist at the Carnegie Institution for Science, will present the science of solar geoengineering and discuss what it might mean for society.

Marine Cloud Brightening: The National Academy of Sciences recently called for research into “geoengineering“. Dr. Armand Neukermans will describe the efforts of a group of retired scientists and engineers to develop a spray system that might enable a study of the feasibility of marine cloud brightening (MCB) for climate cloud studies, as well as possible climate intervention.

MCB aims to increase the reflectivity of low-hanging ocean clouds, thereby reflecting more sunlight and cooling the planet. This might be done by increasing the droplet concentration in the clouds by spraying seawater from oceangoing ships. The proposed systems aims to create 1015 cloud nuclei from a glass of seawater. MCB ( if ever needed) might conceivably be used globally or locally (e.g., for arctic melt shielding, hurricane cooling, reef preservation, or fog belt restoration).